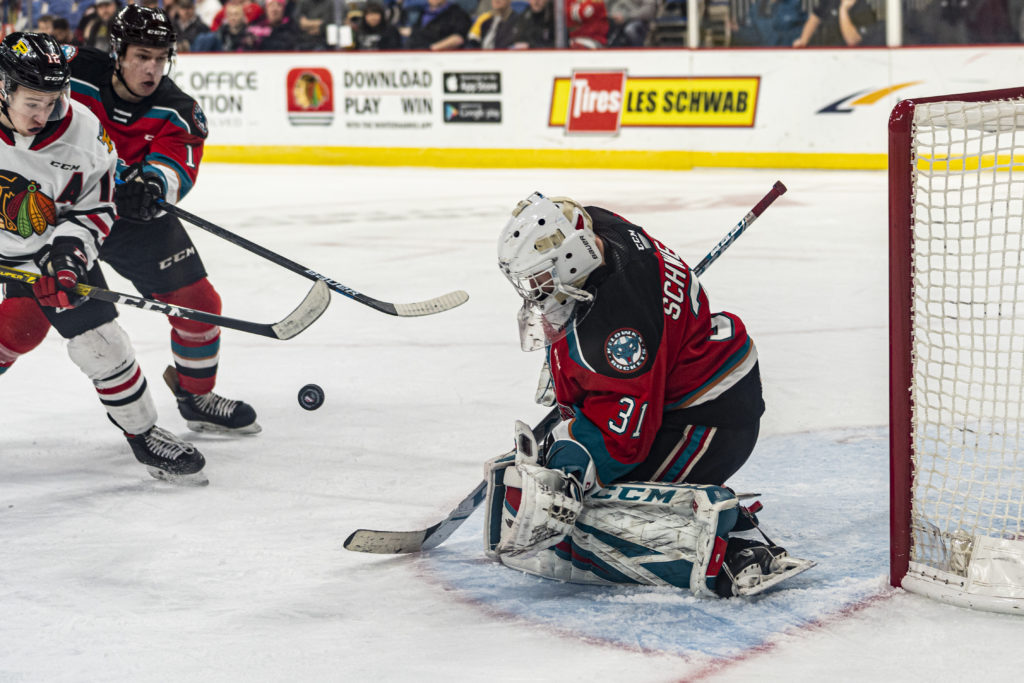 The Rockets dropped their sixth game in a row Sunday night, falling 3-2 to the Portland Winterhawks at the Veterans Memorial Coliseum in Portland, OR.

The high-flying Winterhawks came into the game riding a 16-0-1-1 streak. Heading into the weekend, the U.S. Divison leading Winterhawks were ranked third in the Kia CHL Top 10 Rankings for the week.

Rockets starting netminder Cole Schwebius stopped a season-high 49 of the 52 shots he faced tonight. Ethan Ernst and Jonas Peterek found the back of the net for the Rockets in the third period.

Reece Newkirk (21) opened the scoring 10:04 into the game with a power-play one-timer from the left circle. Portland went up by two when the puck went off of Pavel Novak and into the Rockets net, Mason Mannek (6) was credited with the goal.

Jonas Brøndberg (5) netted what would hold up as the game-winner 1:10 into the third period. Ethan Ernst (2) tipped in Elias Carmichael’s shot to break Joel Hofer’s shutout bid. Jonas Peterek (11) netted his third goal in four games with 18.3 seconds left in the game.

The Rockets were zero-for-three on the power play, the Winterhawks were one-for-three with the man advantage.

Kelowna will be back in action on Friday when they host the Seattle Thunderbirds for the first time this season. Tickets are on sale at selectyourtickets.com, at the Prospera Place box office or by phone at 250-762-5050.