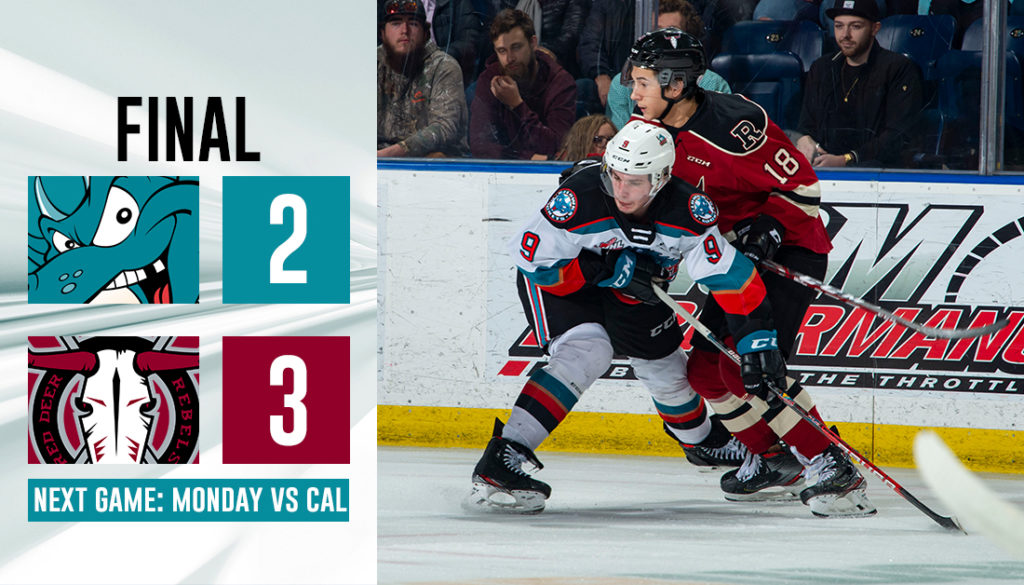 The Rockets stormed back from a two-goal deficit, but the Rebels were able to pull ahead in the final period.

Matthew Wedman played in his 300th WHL regular season contest, Dallon Wilton and Tyson Feist both played in their 100th.

Red Deer held a 2-0 lead after twenty minutes thanks to power-play goals from Josh Tarzwell (26) and Kyle Masters (1).

The Rockets answered in the second period with a pair of goals. Wedman set Kaedan Korczak (10) up with his tenth goal of the season to cut the Rebels lead in half. Pavel Novak’s (20) tied the game up with the Rockets seventh short-handed goal of the season.

The Rockets were 0-for-4 with the power play, while the Rebels went 2-for-7 with the man advantage.

The Rockets will be back in action on Monday when they host the Calgary Hitmen a Family Day matchup, puck drop is set for 2:05 p.m. Tickets are on sale at selectyourtickets.com, at the Prospera Place box office or by phone at 250-762-5050.