Rocket Recap: Rockets move to 2-0 on preseason with win over Royals 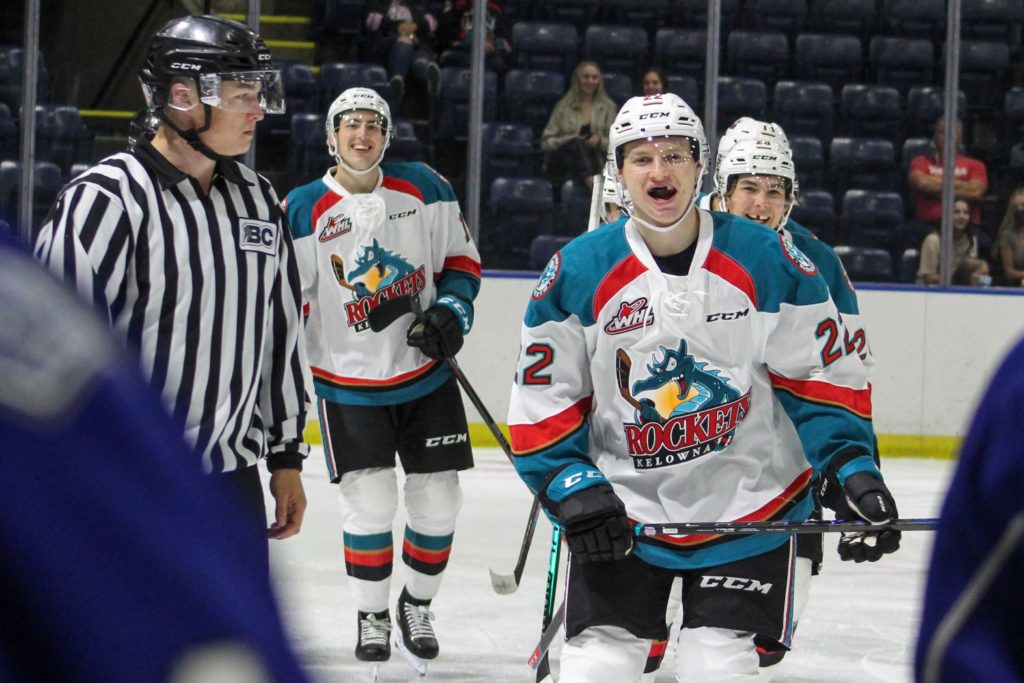 The Kelowna Rockets stayed perfect on the preseason with a 4-1 win over the Victoria Royals on Saturday night at Prospera Place in Kelowna, BC.

Gabriel Szturc (2) opened the scoring for the Rockets just 26 seconds into the game with the lone goal of the first period.

Jake Lee (1) and Jake Poole (1) extended the lead to three goals in the second frame.

Defencemen William Irvine (1) closed out the Rockets scoring in the third. Cage Newans (1) broke Kelowna’s shutout bid before the end of the period.

Nicholas Cristiano started the night in net for Kelowna, stopping all 11 shots he faced in the lone period he played. Cole Tisdale replaced Cristiano at the start of the second, turning aside 17 of 18 shots fired on him.

Kelowna’s power play went one-for-one on the night, while Victoria was zero-for-three with the man advantage.

The Rockets outshot the Royals 35 to 29.

Kelowna is off until Friday night when they head to Kamloops. They’ll then host the Blazers to close out the preseason next Saturday at Prospera Place, puck drop is set for 7:05 p.m. PT. Tickets are available at selectyourtickets.com, at the Prospera Place box office or by phone at 250-762-5050. Two dollars from each preseason ticket sold will be donated to Cops For Kids.