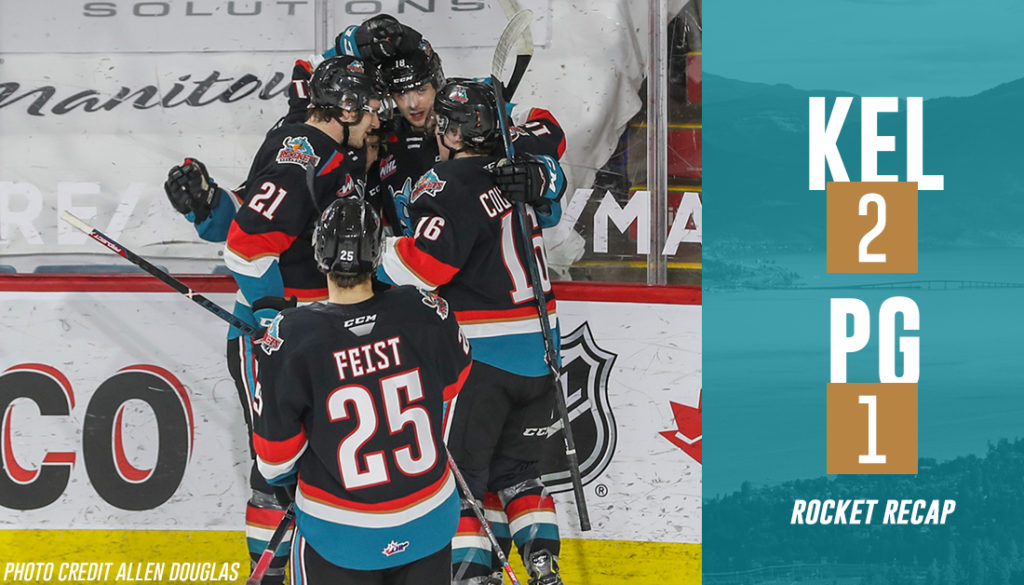 The Kelowna Rockets snapped a three-game losing streak with a 2-1 victory over the Prince George Cougars on Sunday night at the Sandman Centre in Kamloops, BC.

Overage forward David Kope’s goal in the first period held up as the game-winner, while netminder Cole Schwebiusmade 30 saves to pick up his fifth win of the season.

Alex Swetlikoff (4) got the Rockets on the board 9:24 into the game with a goal on the power play. Less than ten minutes later,  Kope (6) doubled the lead redirecting Trevor Wong’s pass between the legs of Cougars goaltender Taylor Gauthier.

The Rockets were one for five on the power play, while the Cougars went one for six with the man advantage.

Kelowna will host the Kamloops Blazers for their final meeting of the season tomorrow night at Prospera Place, puck drop is 7:05 pm.