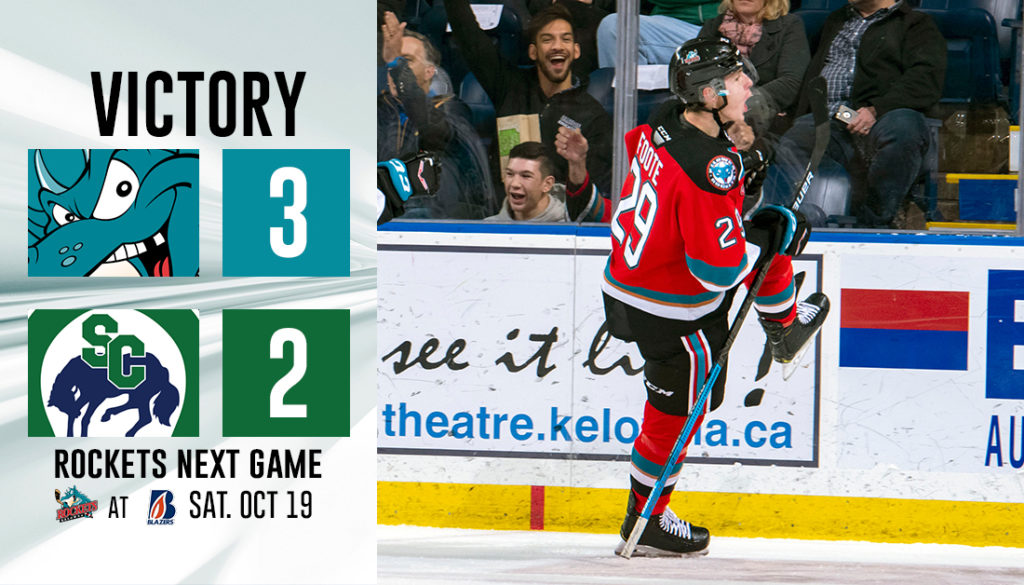 The Kelowna Rockets defeated the Swift Current Broncos 3-2 in overtime Wednesday night at Prospera Place in Kelowna, BC.

The Broncos held a 1-0 lead after the first period thanks to Ben King (3). King’s shot deflected and tricked past Rockets starter Cole Schwebius.

Nolan Foote (5) and Pavel Novak (5) both netted goals in the second period to pull the Rockets ahead 2-1 after two periods of play.

Who else had a heart attack?! pic.twitter.com/JmBXcTJ1G7

Brecon Wood (2) tied the game up just past the five-minute mark in the third period. The two teams went back and forth but neither could push ahead.

Foote (6) found the back of the net just 65 seconds into extra time with his second of the night to secure the victory for the Rockets.

Schwebius stopped 22 of the 24 shots fired on him to pick up his first regular-season win as a Rocket, his record is now 1-1-0-0. Kelowna outshot Swift Current 36-24.

The Rockets will be back in action on Saturday when they face the Kamloops Blazers on the road at the Sandman Centre.