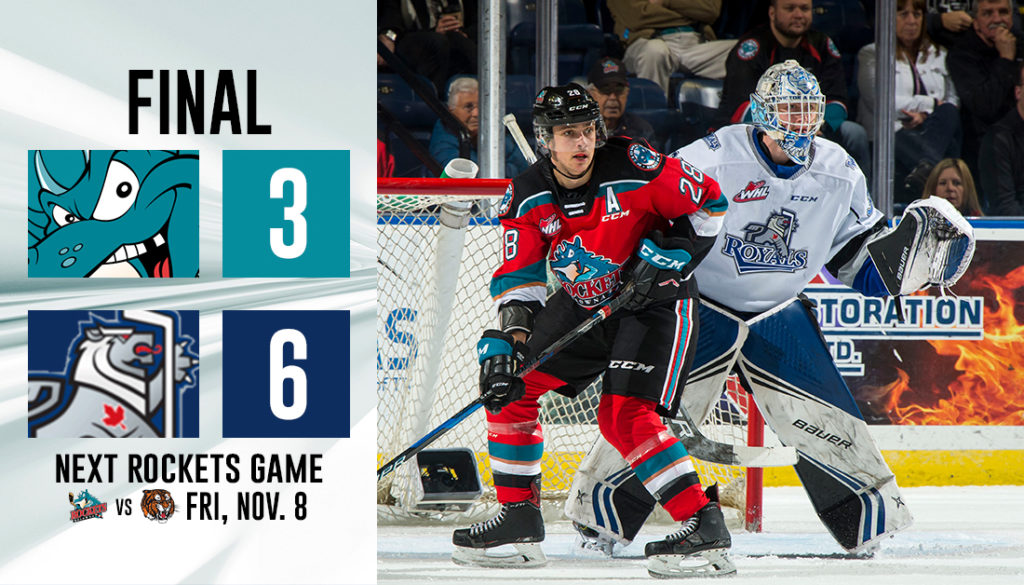 The Kelowna Rockets fell to the Victoria Royals 6-3 Wednesday night at Prospera Place in Kelowna, B.C.

The start of the game was delayed due to technical difficulties with the public address system. With no audio system, the fans stepped in to help Heidi Hewitt sing the Canadian national anthem.

We're without a PA system, so the crowd has stepped in to assist. pic.twitter.com/ImYmQccx3U

Keanu Derungs (4) netted the games first goal just 1:15 into it while the Royals were on the power play. Less than two minutes later, Pavel Novak (10) tied up the game with a power-play marker that needed a video review to be determined a good goal. Jake Poole (2) gave the Rockets their first lead of the game just over five minutes in. Ty Yoder (1) and River Fahey (4) answered for the Royals, regaining the lead. Cole Scwwebius replaced Roman Basran in net for the Rockets following Fahey’s goal at 10:58.

Alex Swetlikoff (4) tied the game early in the second period. But the Royals pulled ahead once more with goals from Mitch Prowse (2) and Sean Gulka (4).

Tarun Fizer (7) doubled the Royals lead in the final minutes of the third period.

Basran stopped 3 of the 6 shots he faced. Scwebius turned aside 11 of 14 shots fired his way in relief. Kelowna outshot Victoria 30-20.

The Rockets are back in action on Friday when they host the Medicine Hat Tigers. Tickets are on sale at selectyourtickets.com, at the Prospera Place box office or by phone at 250-762-5050.