THE WESTERN HOCKEY LEAGUE HAS ANNOUNCED ITS RETURN TO PLAY PROTOCOL FOR THE 2020-21 SEASON, CLICK HERE TO LEARN MORE
THE ROCKETS ONLINE STORE AND STORE IN PROSPERA PLACE ARE TEMPORARILY CLOSED
February 7, 2020 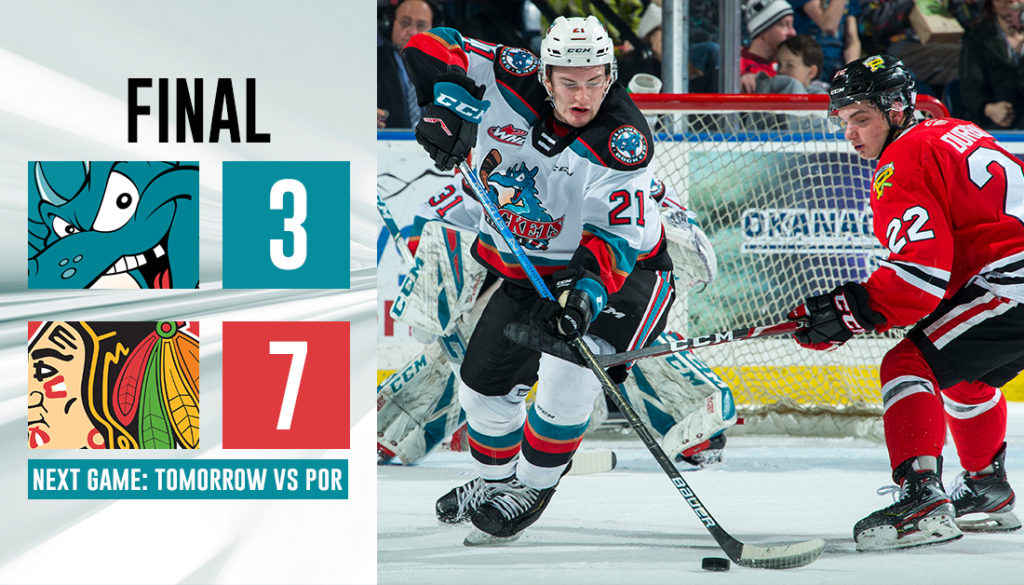 The Kelowna Rockets opened their doubleheader against the Portland Winterhawks with a 7-3 loss on Friday night at Prospera Place.

Portland is currently ranked third in the Kia CHL Top-10 Rankings and is the first team in the WHL to clinch a spot in the playoffs.

A trio of 16-year-old affiliate players were in the lineup for the Rockets; Dylan Wightman, Steel Quiring and Jackson DeSouza.

“We have to find a positive out of this,” said head coach Adam Foote following the game. “We had a lot of push back for sure, we kept fighting, our older guys kept fighting for us. Our younger guys are getting minutes that they normally wouldn’t get, and when we get everyone back, it will be nice to see them get more confidence when they play.” Watch Foote’s postgame availability here.

The Winterhawks jumped out to a three-goal lead just before the ten-minute mark of the opening period with goals from Seth Jarvis (27), Jaydon Dureau (15) and Seth Jarvis (28). Cole Schwebius replaced Roman Basran in net for the Rockets following the third goal.  Kaedan Korczak (9) and Ethan Ernst (3) scored 27 seconds apart before the end of the period to pull the Rockets within one.

Robbie Fromm-Delorme (8) created a two-goal cushion for the Winterhawks 3:24 into the second. Less than five minutes later, Gabe Klassen (7) restored the three-goal. Jake Poole teed up Conner McDonald (4) with a one-timer to bring the Rockets within two.

Mason Mannek (8) and Johnny Ludvig (16) scored for Portland in the third period.

Kelowna was zero-for-two with the power play, while Portland was two-for-six with the man advantage.

Schwebius stopped 25 of the 29 shots fired on him. The Winterhawks outshot the Rockets 33-20. 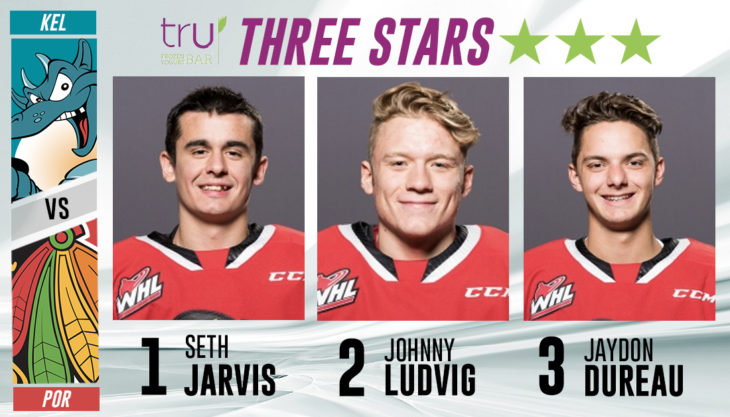 Kelowna will be back in action against the Portland Winterhawks tomorrow night at Prospera Place. Tickets are on sale at selectyourtickets.com, at the Prospera Place box office or by phone at 250-762-5050.