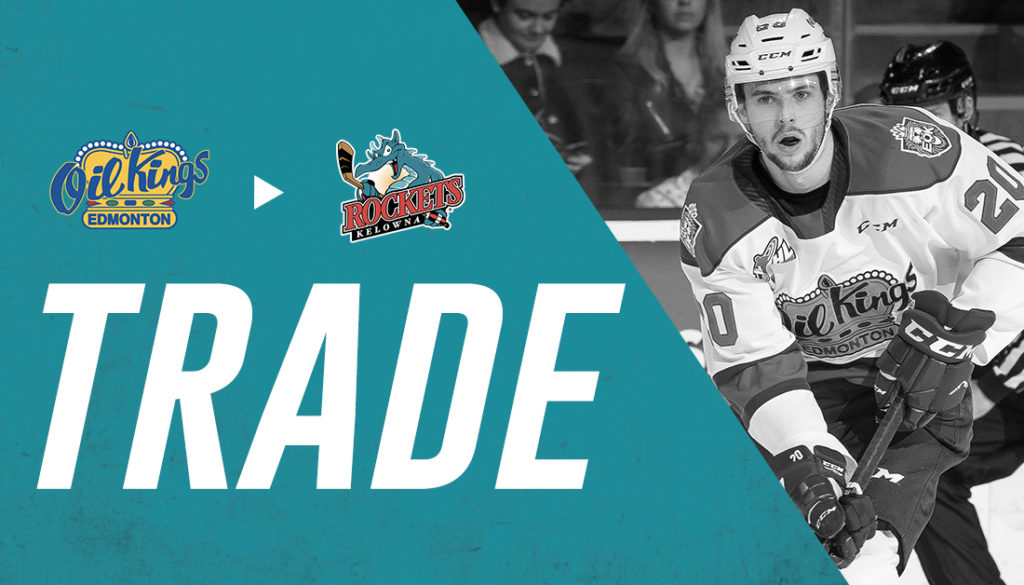 The Kelowna Rockets have acquired forward David Kope (00) from the Edmonton Oil Kings in exchange for the Rockets fourth-round pick in the 2023 WHL Bantam Draft.

“With Dillon Hamaliuk signed by the San Jose Sharks, we aren’t sure if he will be assigned back here for the upcoming season,” said Rockets president and general manager Bruce Hamilton. “In order to add more depth, the opportunity to add another big body was there and we took advantage of it.”

TRADE: The @Kelowna_Rockets have acquired David Kope from the @EdmOilKings!