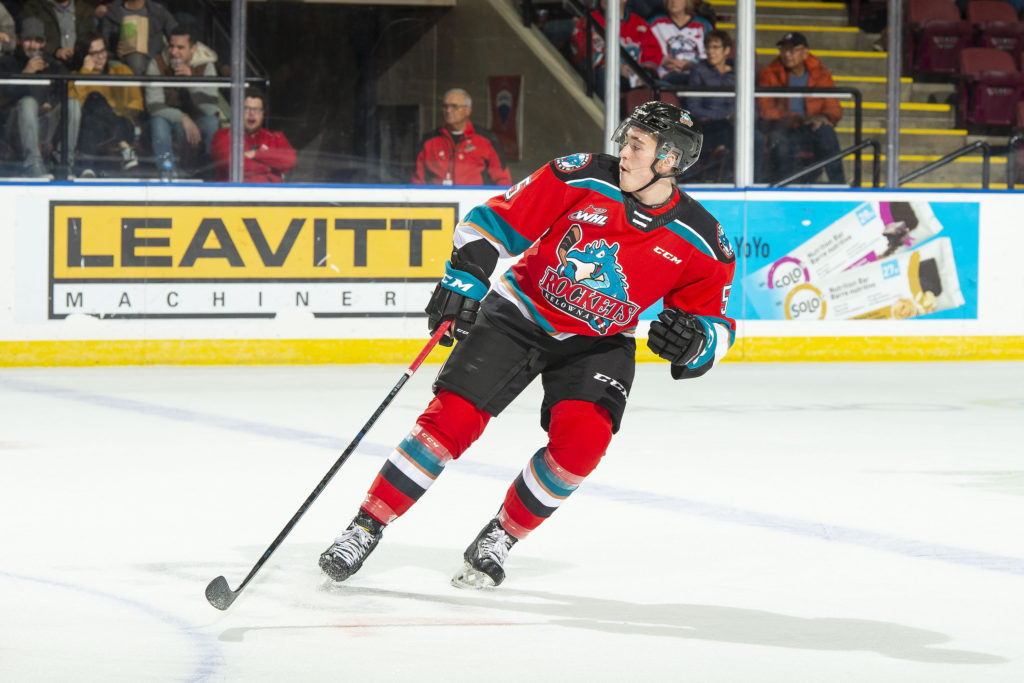 The Kelowna Rockets announced today that the Rockets have traded defenceman Cayde Augustine to the Moose Jaw Warriors. In exchange, Kelowna has acquired a conditional sixth-round pick from the Warriors in the 2023 WHL Bantam Draft.

He played in 55 games for the Rockets, recording two goals and six assists. The Airdrie, Alta. product suited up in six games this season, collecting two assists.