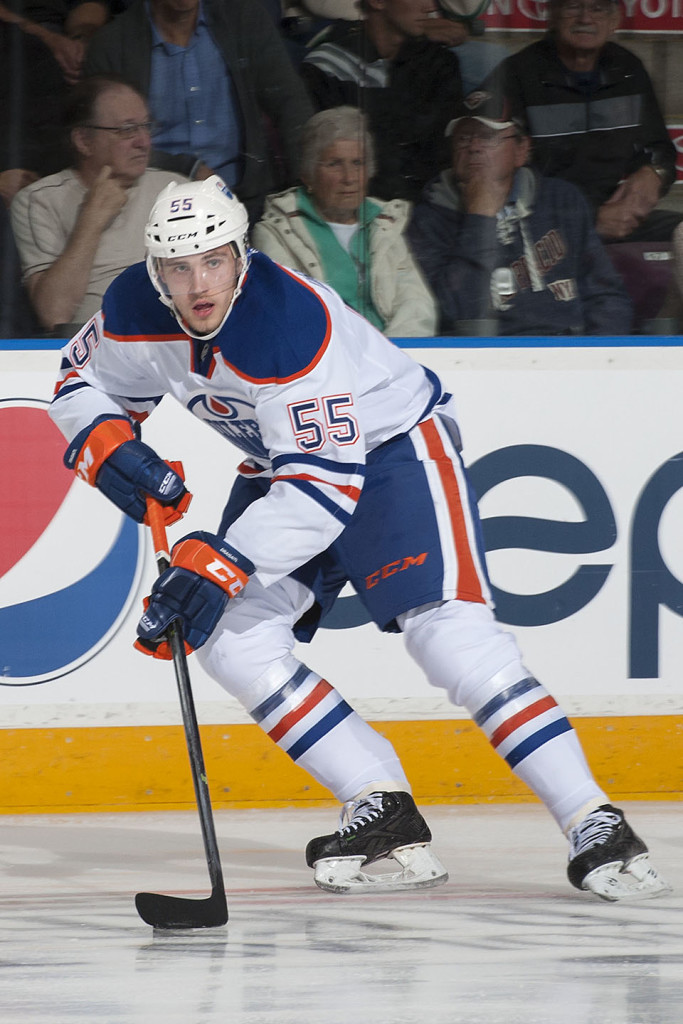 Kelowna Rockets President/GM Bruce Hamilton announced today that the Rockets have acquired the rights to forward Leon Draisaitl from the Prince Albert Raiders.

Draisaitl, 19, was released back to the Western Hockey League by the Edmonton Oilers on the weekend and is expected in the Rockets lineup on Wednesday when the Rockets host the Vancouver Giants.

In exchange for the rights to Draisaitl, Kelowna has sent European import Kris Schmidli, defenceman Dalton Yorke and a 1st round WHL bantam draft pick in 2015 to the Raiders. The trade also involves two 4th round WHL bantam picks going Prince Albert’s way, one guaranteed and one conditional.

“We’re excited to add a player of Leon’s ability to our roster,” said Hamilton. “We gave up a lot to acquire him. I’d like to thank Kris and Dalton for everything they have done for the Rockets organization while they have been here.”

Draisaitl, a native of Cologne, Germany, played 37 games with the Oilers this season, scoring two goals and adding seven assists after being selected as the third overall pick in the 2014 NHL Entry Draft.

Schmidli is in his second season with the Rockets, having attended the World Junior Hockey Championship as a member of Team Switzerland. This season Schmidli had five goals and 12 assists in 33 games played.

A defenceman, Yorke is also in his second season with the Rockets having played in 26 games this season.

The Rockets host Vancouver on Wednesday at Prospera Place when Draisaitl will make his debut.

Tickets are available for the game at www.selectyourtickets.com, at 250-762-5050 or at the Select Your Tickets box office at Prospera Place.