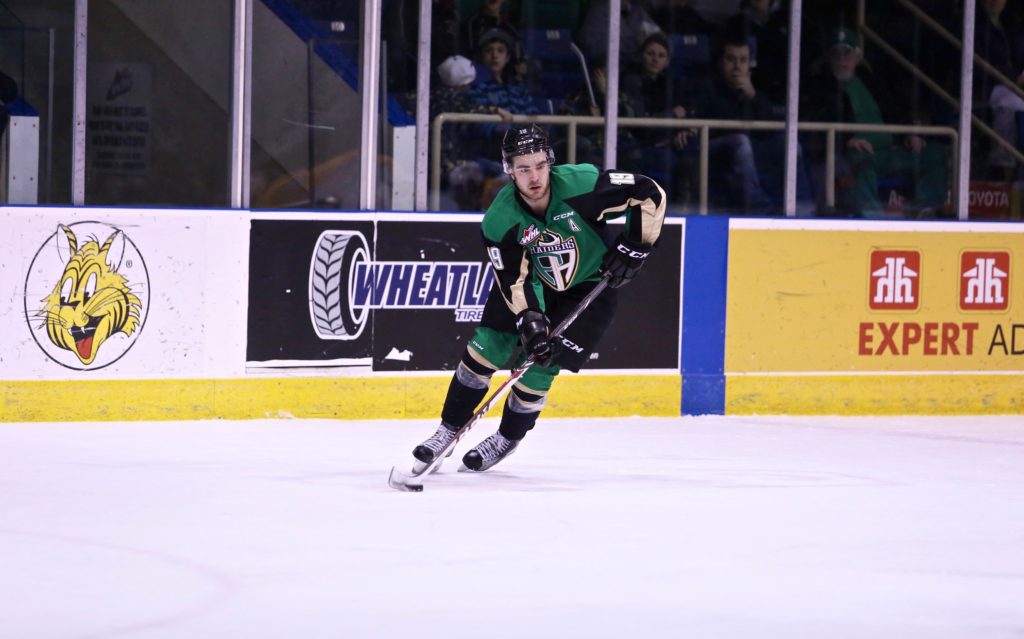 Gardiner was playing for Wilkes-Barre/Scranton Penguins of the A.H.L. after playing the previous four seasons with the Raiders.

The trade was the third of the day for the Rockets after they dealt Jordan Borstmayer to the Vancouver Giants and Riley Stadel to the Edmonton Oil Kings earlier in the afternoon.

“”We had an opportunity to acquire one of the leagues best scorers over the last few seasons. He has been playing in the A.H.L. but will be coming to Kelowna to play for the Rockets. He’s excited about the opportunity to play for a competitive team with high end teammates and with his brother Erik,” Said Bruce Hamilton, General Manager of the Rockets. “For us he brings something we’ve been missing in that he’s a pure shooter. We’re in arguably the toughest division in the W.H.L. so he adds more depth to our roster. It was a big price to pay but we feel we owe it to our fans to compete again this year.”

Gardiner is expected to be in the Rockets line up on Saturday when they host the Kamloops Blazers at Prospera Place.

Tickets are available for Rockets home games through www.selectyourtickets.com, at the Prospera Place box office or by phone at 250-762-5050.

Payworks Recap: Back in front of the fans, Rockets win home opener
11 hours ago