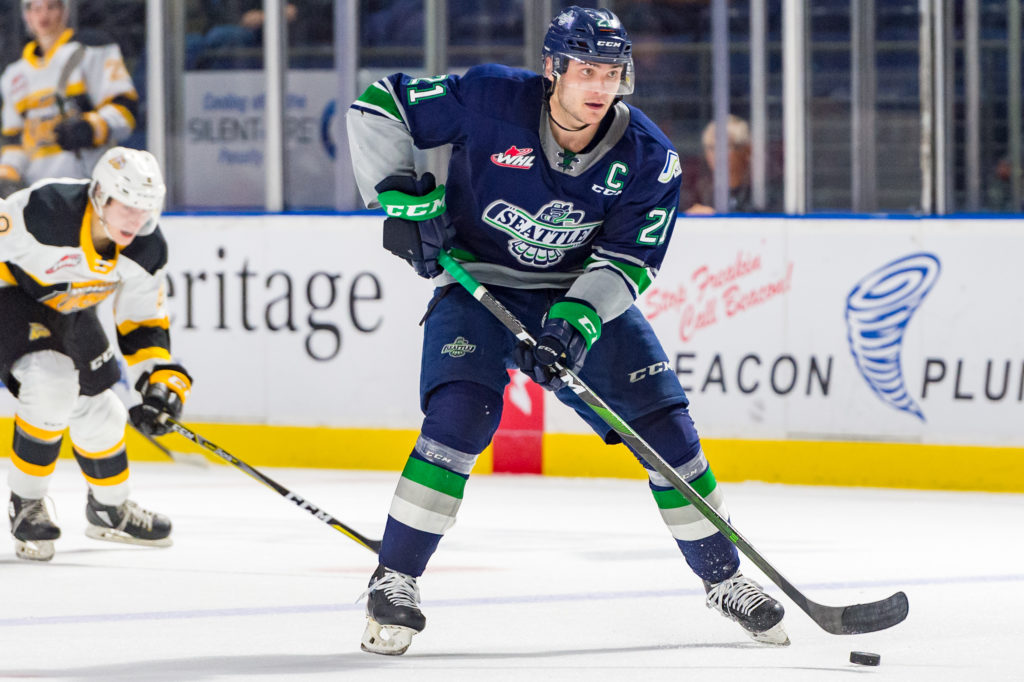 In the second deal, Kelowna dealt 20-year-old forward Leif Mattson to the Spokane Chiefs in exchange for a third-round pick in the 2020 WHL Bantam Draft.

“We feel that we’ve really strengthened our hockey club with Matthew Wedman and Jadon Joseph down the middle,” said Hamilton. “We’ve been pursuing Wedman for six weeks, it’s been a long grind of negotiations and we knew it was going to cost picks. He’s going to elevate our team in leadership and scoring. He’s the captain of the Thunderbirds, he brings leadership and a big physical presence. He scored 40 goals last season, we’re looking for him to add some offence to our team and help him pursue his career to become a pro player.

“Anytime you make a move with overages, unfortunately, someone is moving. Leif has been a great player for us, he competed hard and is a solid person. We’ve made a move that I think will be good for him, he’ll fit in well in Spokane. I think if there’s a place to go, this is a great place, he’s going to slot right into their top-six. We want to thank Leif for everything he has done for the Rockets and wish him well in the future.

“Spokane’s pick in the draft is actually Regina’s, there’s a chance that it will be an early third-round pick that will help us significantly.”

The Florida Panthers drafted Wedman during the seventh round (No. 199) at the 2019 NHL Draft in June.

He has suited up for 275 WHL regular-season games over the last five seasons, collecting 175 points  (75G, 100A) and 286 penalty minutes. Last season he set career highs across the board racking up 40 goals and 37 assists in 66 games, earning a spot on the WHL’s Western Conference Second All-Star Team.

Wedman was a member of the Thunderbirds 2017 WHL Championship team.

The Edmonton product was drafted 38th overall by Seattle during the second round of the 2014 WHL Bantam Draft.

Mattson was acquired from the Brandon Wheat Kings in 2016. He played 203 regular-season games for the Rockets, collecting 155 points (61G, 94A).

Wedman is expected to join the Rockets in Prince Albert tomorrow.