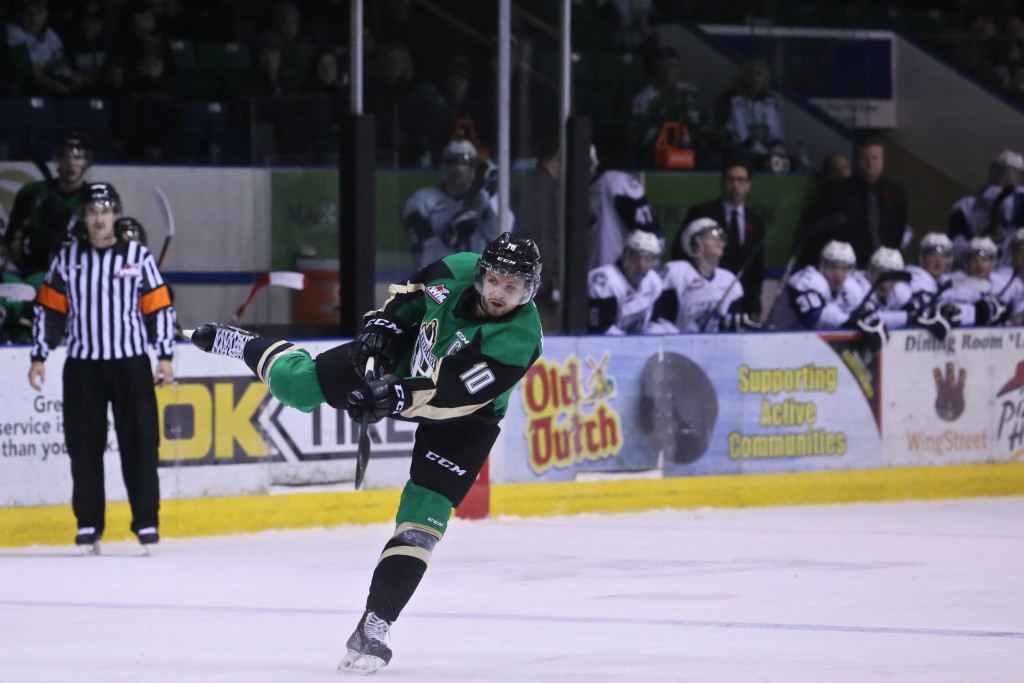 The Rockets have acquired defenceman Josh Morrissey and forward Gage Quinney from the Prince Albert Raiders in exchange for Rockets players Austin Glover and Jesse Lees as well as WHL bantam draft picks in 2016 and 2017.

Morrissey, 19, is a 1st round NHL draft pick of the Winnipeg Jets (13th overall in 2013) and a member of the Team Canada World Junior selection camp in the trade. He played in every game for St. Johns in the AHL playoffs at the end of the last season and nearly made the Jets NHL club this year.

“We are getting arguably the best defenceman in the WHL in Josh Morrissey,” said Hamilton. “He’s been playing very well for Prince Albert and he made a strong point in Winnipeg’s training camp this year. I think we’ve done something very good for our hockey club. We’ve lost a couple of really good players in the deal but I just thought we needed to add something to our young defence.”

Morrissey, 19, was the second-highest scoring defenceman in the WHL last season when he had 28 goals, 45 assists and 73 points in 59 games with Prince Albert. This season Morrissey has seven goals and 14 assists in 26 games. He is also the older brother of Rockets backup goalie Jake Morrissey.

Quinney, 19, is in his second season in the WHL and has six goals and nine assists in 31 games played.

Hamilton thanked both Glover and Lees for their dedication to the Rockets over the years. Both players were Rockets draft picks.

“We don’t make a lot of trades and when this came up we knew we would have to give up good players,” said Hamilton “We gave up two high quality players and people in Jesse and Austin. I think they are going to a team that will be very competitive and they are counting on them to go in and help bolster the line-up.”