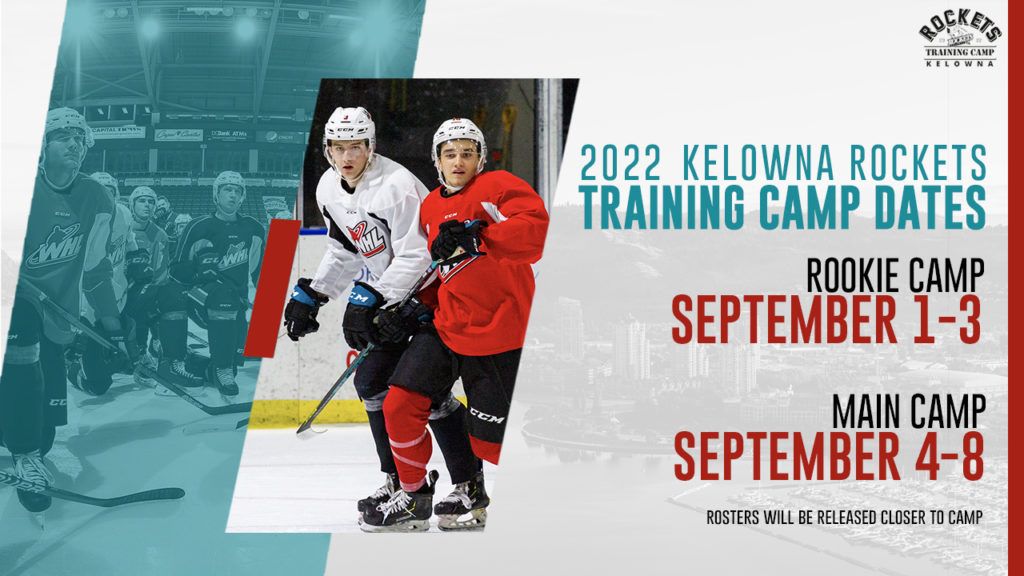 The Kelowna Rockets announced today they will open their training camp ahead of the 2022-23 WHL season starting with a rookie camp that features on-ice sessions from September 1-3, while the Rockets main camp will take place from September 4-8.

Rosters will be released at a later date.

It’s the first time that the Rockets have hosted a rookie camp since the 2019-20 season, they were unable to do so the last two seasons due to Covid-19 restrictions.

The Rockets will open the 2022-23 regular season when they host the Portland Winterhawks at Prospera Place on Saturday, September 24 at 7:05 pm. Season tickets are now available, click here to learn more.

Single game tickets for both the preseason and regular season will go on sale at a later date.