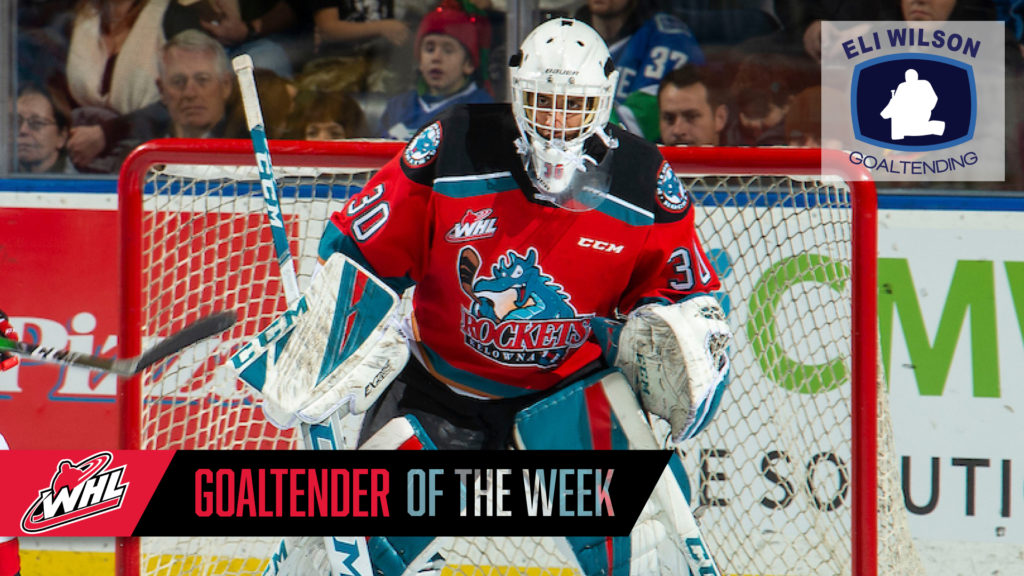 Basran made two appearances this week, posting a 1-0-0-1 record with a 0.96 goals-against average, and stopped 46 of 48 shots for a 0.958 save percentage along with one shutout. Earning three of four points from their two games this week, the Rockets are now 5-0-0-1 in their last six games and still sitting second in the B.C. Division, four points behind the Kamloops Blazers.

Déjà vu! @RomanBasran has been named @TheWHL @EliWilsonG Goaltender of the Week for the second week in a row!

In Tuesday’s matchup against the Edmonton Oil Kings, Basran stopped all 27 shots through regulation and overtime for his first shutout this season. Though Basran did take the loss in the shootout, allowing one goal on three attempts, he was named the second star of the game for his efforts. Saturday against the Prince George Cougars, Basran stopped 19 of 21 shots in a 3-2 win for Kelowna. Basran stopped two shots in the first, 11 in the second, and six in the third.

Basran and the Rockets will begin their road trip through the East Division on Friday, December 6 (7:00 p.m. CT) against the Prince Albert Raiders.