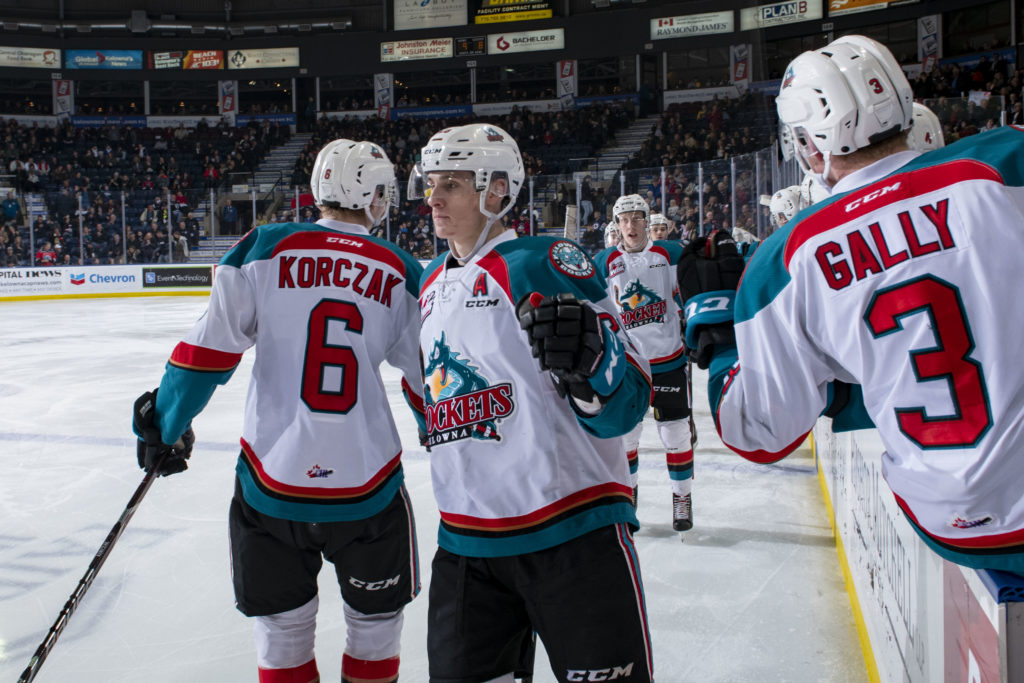 The Kelowna Rockets renewed their rivalry with the Kamloops Blazers, shutting them out 2-0 Saturday night at Prospera Place in Kelowna, BC.

The opening period began with many hits exchanged between the two. They each had a power play chance during the opening frame, but could not capitalize on the opportunity. When the buzzer sounded at the end of the opening twenty minutes the players on the ice came together in a crowd pushing and shoving, resulting in two penalties at the end of the period. The Rockets and Blazers headed to their dressing rooms in a scoreless tie.

The second period started with Luke Zazula and Kyle Topping sitting in the penalty box for offsetting minors. With plenty of room to play during four on four action, Nolan Foote (31) tapped in a rebound past Blazers starter, Dylan Ferguson at 1:53. Mark Liwiski (9) extended the Rockets lead to 2-0 at 5:46. The Blazers got the puck past Roman Basran with 2:41 left to play in the second, but it was immediately waved off because of a glove pass. The Rockets held a 2-0 lead after 40 minutes of play.

The Blazers were awarded a power play 4:56 into the third period, but could not beat Roman Basran. Kamloops once again headed to the power play at 13:39, but the Rockets shut them down. With Kamloops pressing in the final minutes of the game, Basran and his teammates were able to hold the Blazers off of the score sheet.

Kelowna and Kamloops will finish off the season series with another home-and-home series starting in Kamloops on Friday, March 8th before heading back to Kelowna the next night.

The Rockets hit the road to face the Vancouver Giants Friday, March 1st. They’ll return home to face the Portland Winterhawks Saturday and Sunday next weekend. Tickets are on sale at selectyourtickets.com, at the Prospera Place box office or by phone at 250-762-5050.