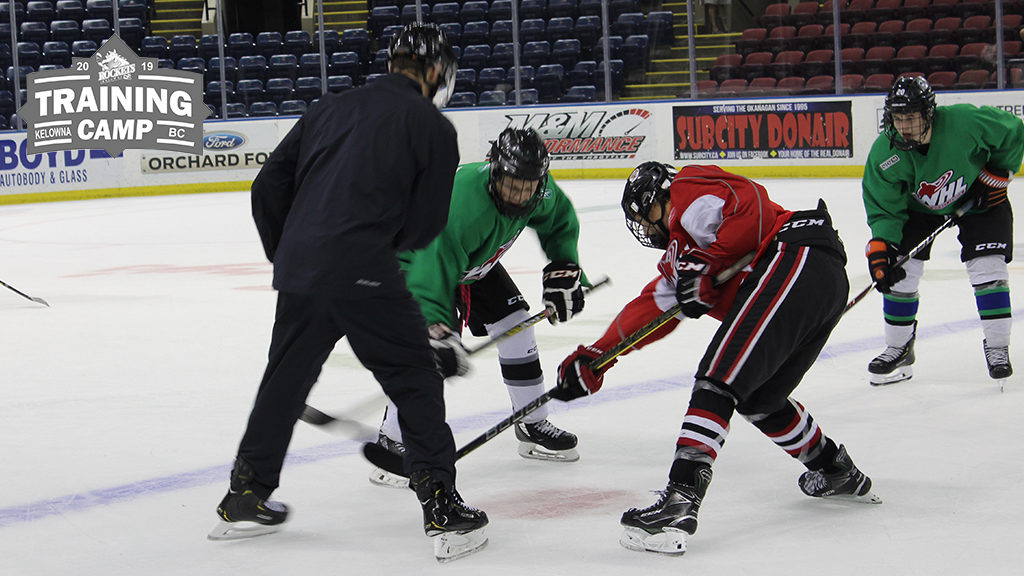 The 2019 Kelowna Rockets rookie camp came to a close Friday afternoon, leaving the Rockets management and scouts impressed with the talent that they watched over the last few days.

One-hundred and fifty players either born in 2003 or 2004 descended upon Prospera Place in hopes of making an impression and landing a spot in the Rockets main camp this weekend. The group was split into eight teams, skill and speed were abundant throughout the four days.

Kelowna Rockets assistant general manager/director of player personnel/head scout Lorne Frey says that this may have been one of the best rookie camps he has ever seen.

“I’ve been here thirty years, and in all fairness, this might have been the most competitive camp that we’ve ever had,” said Frey. “Although we had a big number, it was very exciting and the kids played hard making every game fun to watch. We’ve enjoyed every minute of it all.”

Frey says that while the number of players is high, it gives the Rockets scouting staff a good look at undrafted players who have grown over the months since they were last seen.

“We had an opportunity to see a lot of these players play last year and obviously things change over the months that you haven’t seen them. Some have grown, they’ve changed dramatically over the four or five months. They’ve grown physically, they’ve gotten quicker and better. This tournament has given us an opportunity to evaluate them a few months later with all of those changes and improvements.”

The entire 2019 Bantam Draft class was in attendance this week, they’ll all move on to main camp this weekend. Frey said that he’s happy with what he has seen from the group so far.

“I think that the class of 2019 turned out better than we had expected, considering that we didn’t have a first-round and were missing a few others. We picked eight kids, and in all honesty, we’re very happy with all eight of them. The later picks have been real surprises for us, guys like Rilen Kovacevic, Max Sanford and Daimon Gardner have all looked great for being later picks.”

Roster players for the Rockets have been trickling in over the last few days and helping ref the rookie tournament. Yesterday those players were put through the paces at the Rockets fitness combine.

On ice sessions for the main camp will begin tomorrow morning with the camp concluding on Thursday, August 29.

The Rockets will open their preseason against the Victoria Royals at Prospera Place on Friday, August 30 at 7:05 pm. Tickets are now available on Select Your Tickets for all pre-season dates.