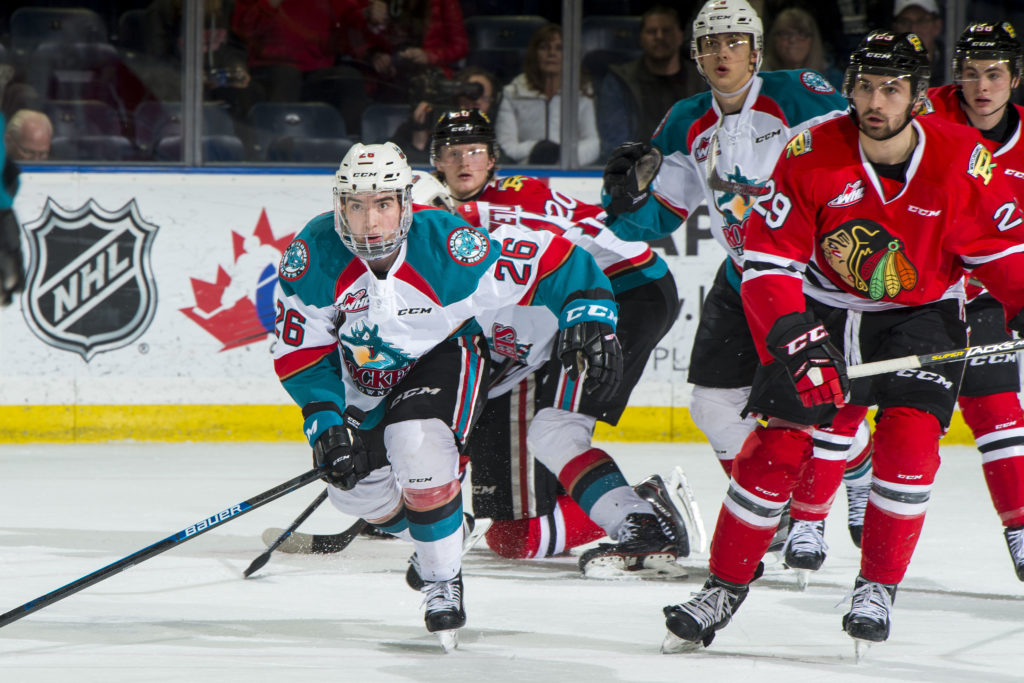 The Kelowna Rockets fell 2-1 in overtime to the Portland Winterhawks Saturday night at Prospera Place in Kelowna, BC.

The Rockets found themselves on the penalty kill just 59 seconds into the game. Seven seconds into the man advantage, Jake Gricius (23) put the Winterhawks up 1-0.  Kelowna once again found themselves in penalty trouble at 1:47 after Alex Swetlikoff was called for high sticking, this time around the Rockets were able to stop the WHL’s seventh-best power play unit. The Rockets received their first power play 7:25 into the game, but were unable to capitalize on the chance. Kelowna trailed 1-0 after the first twenty minutes of action.

The two teams went back and forth throughout the second period, but neither could light the lamp. The score remained the same at the end of the period, Portland continued to lead 1-0.

The Rockets struck 14:55 into the third period when Schael Higson teed up a shot that Swetlikoff (5) got a piece of, forcing overtime.

In the extra frame the Rockets and Winterhawks both had prime scoring opportunities. Portland’s Jaydon Dureau (12) came charging up the ice and was able to put the puck past Rockets starter, Roman Basran.

The Rockets will hit the ice to face the Portland Winterhawks again tomorrow at 5:05 pm. Tickets are on sale at selectyourtickets.com, at the Prospera Place box office or by phone at 250-762-5050.