Rockets comeback to defeat the Cougars 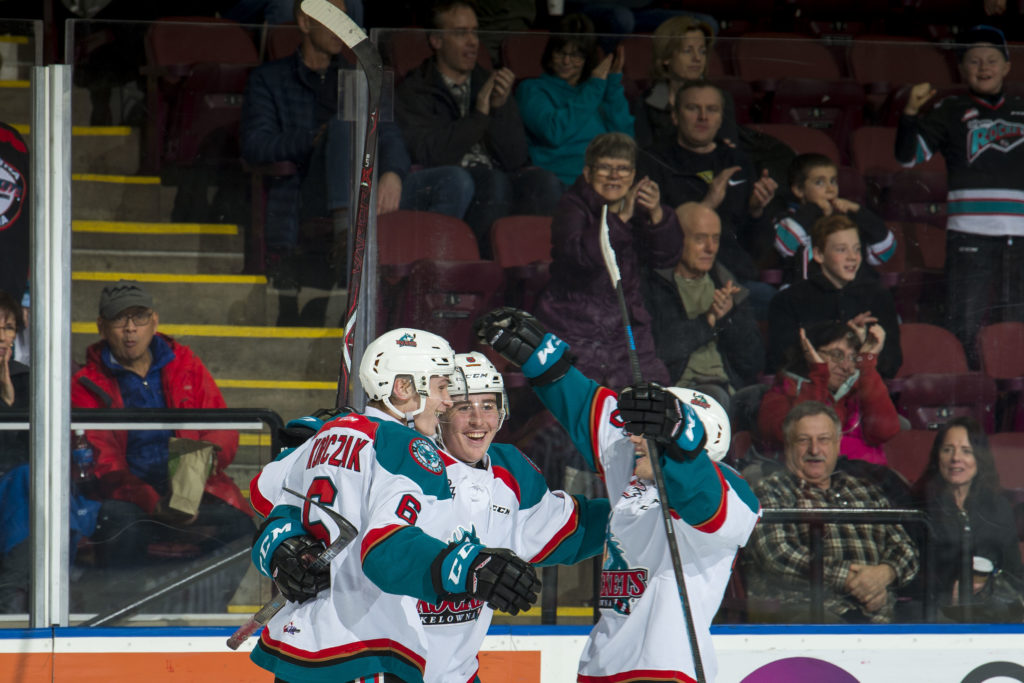 The Kelowna Rockets came back to defeat the Prince George Cougars 4-3 Friday night at Prospera Place.

Cole Moberg (11) got the Cougars on the board first 13:13 into the opening period with a power play tally. Josh Curtis (10) extended the lead when he beat Rockets starter, James Porter. Nolan Foote (27) cut the lead in half when he picked up a turnover while on the penalty kill putting home his second short-handed goal in as many games. Less than a minute later Josh Curtis (11) restored the Cougars two-goal lead. Prince Geroge held a 3-1 lead through twenty minutes of play.

Back to back games with a short handed tally for @foote_nolan! 🚀 pic.twitter.com/aXd4bSYM4h

Foote (28) scored his second of the night when he finished off a gorgeous tic tac toe play to tie up the game 8:05 into the third. At 9:05 Taylor Gauthier was forced to leave the game with an injury, Tyler Brennan came on in relief of him. Mark Liwiski (6) scored the game-winning goal at 12:10 when a rebound popped right onto his stick. The Rockets held on for a 4-3 win.

The Rockets head out on the road to face the Kamloops Blazers tomorrow at the Sandman Centre. They’ll return home to face the Everett Silvertips Friday, February 15th at Prospera Place. Tickets are on sale at selectyourtickets.com, at the Prospera Place box office or by phone at 250-762-5050.