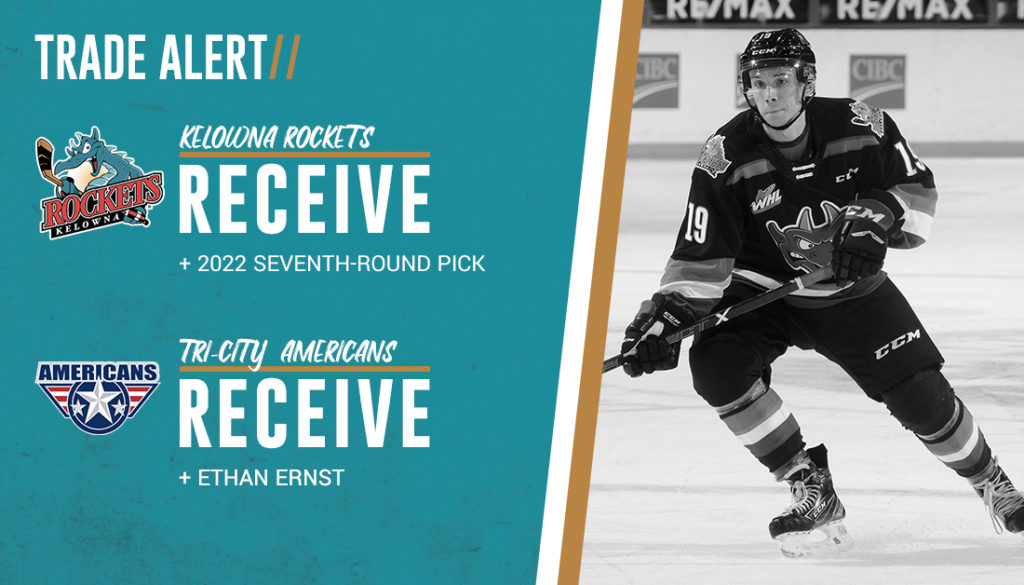 The Kelowna Rockets announced today that they have acquired a seventh-round selection in the 2022 WHL Prospects Draft from the Tri-City Americans in exchange for forward Ethan Ernst.

“We wish Ethan all the best in Tri-Cities,” said Rockets president and general manager Bruce Hamilton.

“I believe he will flourish with a fresh start. We never saw the real Ethan Ernst due to his injuries, so it is my hope that he does well.”

He was originally selected by the Rockets in the third round, 64th overall, of the 2017 WHL Prospects Draft.