Rockets down Blazers on the road 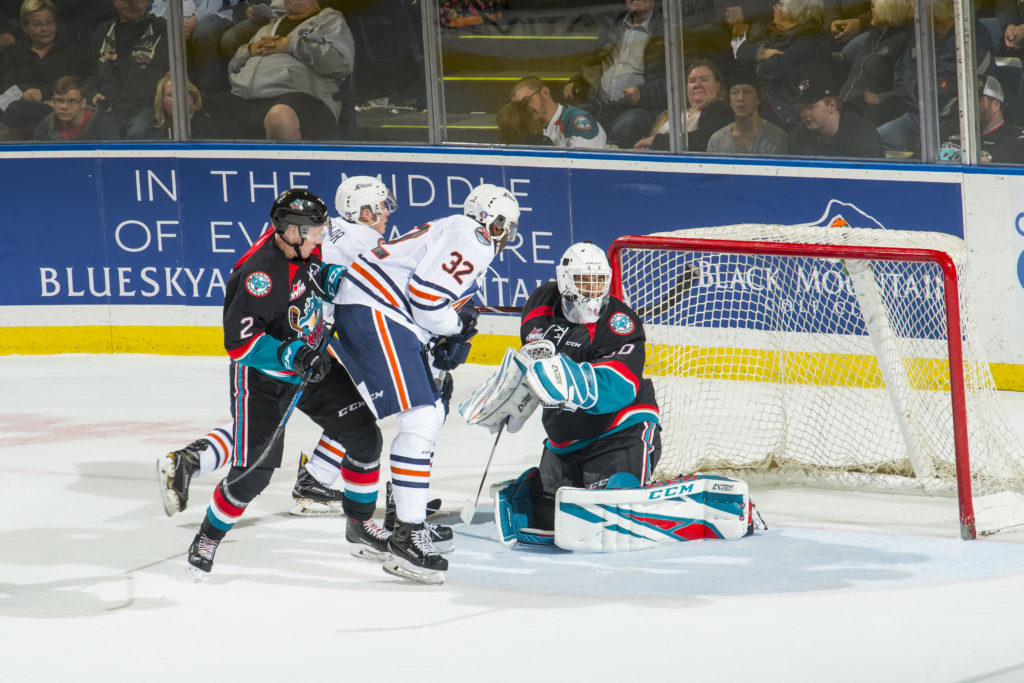 The Kelowna Rockets defeated the Kamloops Blazers 4-1 Saturday night at the Sandman Centre in Kamloops, BC.

The majority of the first half of the opening period was quiet, there were no penalties and no goals. Mark Liwiski (7) would change that at 9:18 when he was in front of the Blazers net. Lassi Thomson’s initial drive bounced off of Blazer goaltender, Dylan Ferguson’s glove and right off Liwiski into the net. The referee behind the net called off the goal right away, but after the referees reviewed it they overturned the initial call. The Rockets held a 1-0 lead after twenty minutes of play.

Lassi Thomson (14) extended the lead just 1:21 into the second period when he fired a laser of a wrister past Ferguson while on the power play. Leif Mattson (19) made it a 3-0 game when he was right in front of the net to pounce on the rebound. Blazers captain, Jermaine Lowen (20) got Kamloops on the board with one second remaining in the period. Kelowna headed into the second intermission with a 3-1 lead.

Look up the definition of precision in the dictionary, you'll see a photo of @lassithomson there! pic.twitter.com/ZHwEQIegA7

The two teams went back and forth throughout the third period. The only penalty was called at 17:46 on Schael Higson for interference, while on the man advantage the Blazers called Ferguson to the bench. The Rockets were able to kill off the penalty. With two seconds left in the game, Thomson (15) flipped the puck up the ice and into the empty net for his second goal of the game.

The Rockets next game is  Friday, February 15th when they host the Everett Silvertips at Prospera Place. Tickets are on sale at selectyourtickets.com, at the Prospera Place box office or by phone at 250-762-5050.