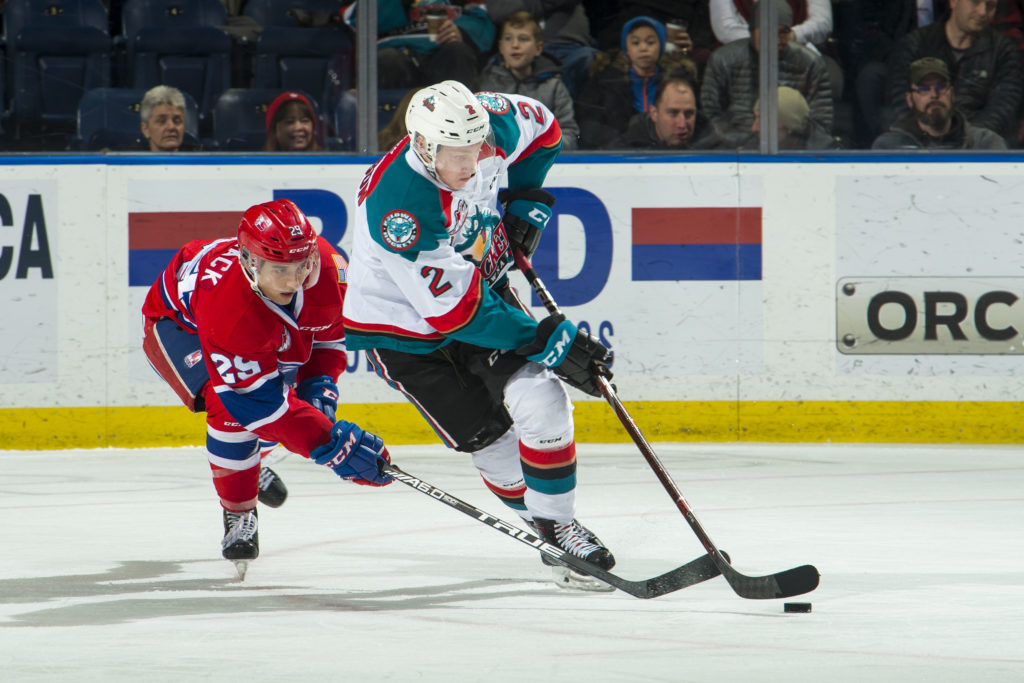 The Kelowna Rockets fell to the Spokane Chiefs 5-4 Wednesday night at Prospera Place in Kelowna BC.

Lassi Thomson (13) got the night started just 3:38 into the game when he fired a laser past Spokane Chiefs netminder, Reece Klassen. Luke Toporowski (14) tied the game just minutes later at 5:02 when his shot beat Rockets starter, Roman Basran. Toporowski (15) gave the Chiefs their first lead with his second of the night at 15:08 while on the power play. Spokane held a 2-1 lead after twenty minutes.

Once again the Rockets struck early in the period, Alex Swetlikoff (1) scored his first Western Hockey League goal while on the power play at 2:37 to tie the game. Just like the period before, the Chiefs scored moments later – Connor Gabruch (1) regained the lead for Spokane at 4:15. Jaret Anderson-Dolan (6) extended the lead for Spokane at 12:55. Following Anderson-Dolan’s goal, James Porter replaced Basran in net for the Rockets. Spokane headed into the second intermission up 4-2.

The Rockets chipped away at Spokane’s lead when Swetlikoff (2) scored his second of the night while on the power play 23 seconds into the final frame. However, Spokane’s Jake McGrew (22) would reestablish the two-goal lead at 2:08. Nolan Foote (26) netted a shorthanded tally at 7:14, but the Chiefs held on for a 5-4 win.

Head down to Prospera Place and cheer on the Rockets this Friday when they host the Prince George Cougars. Tickets are on sale at selectyourtickets.com, at the Prospera Place box office or by phone at 250-762-5050.