Rockets downed by Cougars in first of back-to-back games 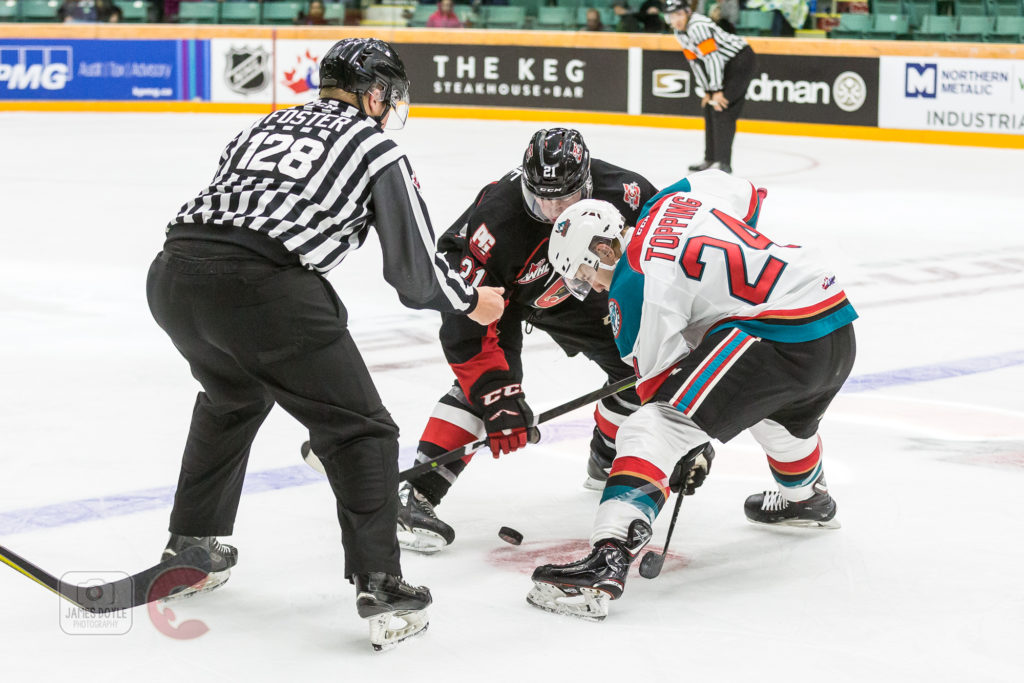 The Kelowna Rockets fell to the Prince George Cougars 7-2 at the CN Centre in Prince Geroge, B.C on Friday night.

Josh Maser (14) opened the scoring for the Cougars 4:39 into the game. Prince George’s Ethan Browne (7) scored a power-play marker at 10:31. Matéj Toman (4) extended the lead to 3-0 at 12:34. The Rockets then made a goaltending change replacing starter Roman Basran with James Porter. Maser (15) scored his second goal of the night 15:17 into the opening frame while on the power-play. The Cougars held a 4-0 lead after twenty minutes of play.

Cole Moberg (8) gave the Cougars a 5-0 lead 15:31 into the second period. Leif Mattson (18) got the Rockets on the board on the power-play with 33 seconds left in the period.  The Cougars were up 5-1 through two periods.

Kelowna will face Prince George again tomorrow night at the CN Centre. They’ll return home to host the Moose Jaw Warriors on Wednesday, January 16th for Hat Trick Wednesday. Tickets are on sale at selectyourtickets.com, at the Prospera Place box office or by phone at 250-762-5050.