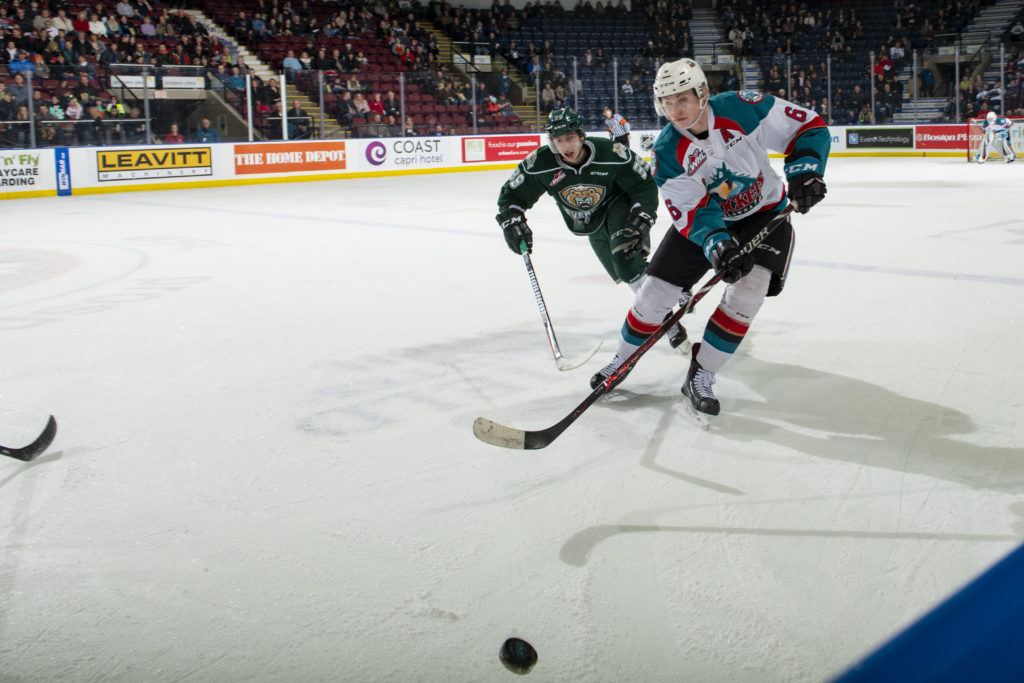 The Kelowna Rockets fell to the Everett Silvertips 3-1 Friday night at Prospera Place in Kelowna, BC.

Just as the Rockets first power play of the night came to an end, Robbie Holmes was called for another Silvertips penalty. While on the ensuing man advantage, Kyle Topping (20) gave the Rockets a 1-0 lead at 7:26. Everett’s, Gianni Fairbrother (9) would tie up the game at 12:18 while also on the power play.

Bryce Kindropp (31) scored the lone goal during the second period at 8:18 to give the Silvertips their first lead of the game.

It appeared as though the Rockets had tied the game during the third period, but the goal was waived off by the referees. Kindropp (32) scored his second goal of the game at 19:43 potting it into the empty net.

The Rockets hit the ice again tomorrow night when they host the Vancouver Giants. Tickets are on sale at selectyourtickets.com, at the Prospera Place box office or by phone at 250-762-5050.