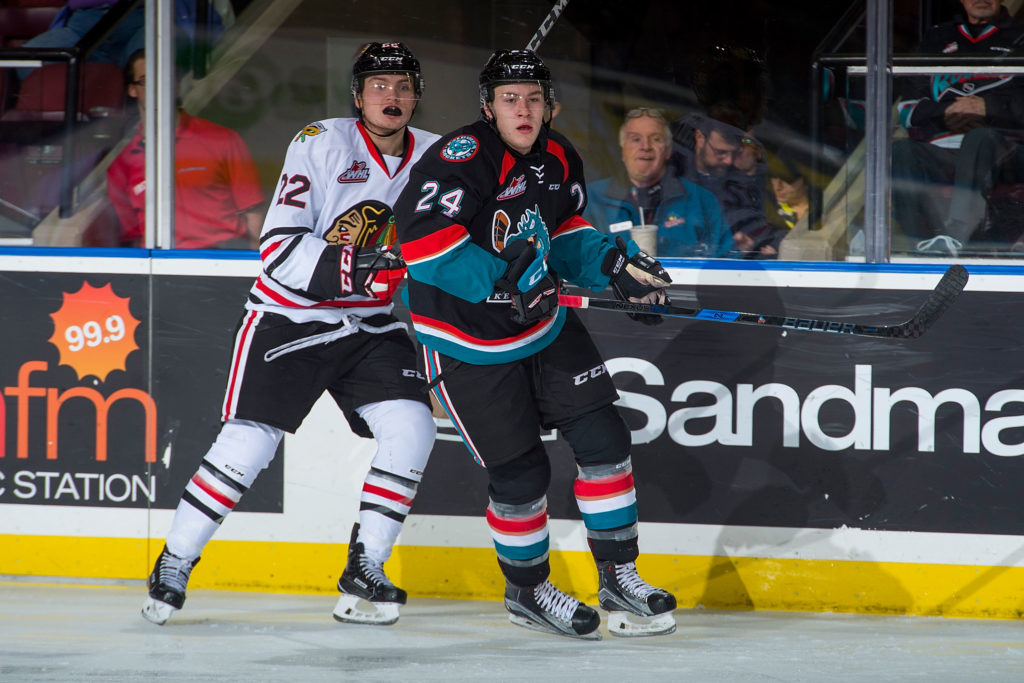 The Rockets and Winterhawks both had power play chances during the first half of the opening period of the game, but neither team could capitalize. It remained a scoreless tie until Mason Mannek(5) fired a wrist shot past Rockets starter, Roman Basran 15:10 into the game. Portland headed into the first intermission with a 1-0 lead.

Cody Glass found Joachim Blichfeld in the slot, who extended the Winterhawks lead to two 5:55 into the second frame. Lane Zablocki drew his second power play of the game for the Rockets, Kelowna made no mistake cashing in on the man advantage. Erik Gardiner took a slap shot at the net; the rebound found its way onto Kyle Crosbie’s(2) stick who put it home 9:46 into the second stanza. Portland responded 1:62 after Crosbie’s goal, Reece Newkirk(12) scored on a pass from Cody Glass while in on a two on one. Mark Liwiski scored his first Western Hockey League goal at 16:01 when he skated up the ice and cut to the net, bringing the Rockets within one. Kelowna trailed Portland 3-2 after 20 minutes of play.

Both teams exchanged chances throughout the final period of the game. Blichfeld(17) scored his second of the game 8:12 into the third.

Kelowna is back in action this Wednesday when they face the Prince George Cougars on the road. The Rockets will wrap up their road trip when play back to back nights in Alberta. They’ll stop in Red Deer November 16th and Edmonton on November 17th.

The Rockets are back home again on Wednesday, November 21st when they host the Regina Pats at Prospera Place for Hat Trick Wednesday.