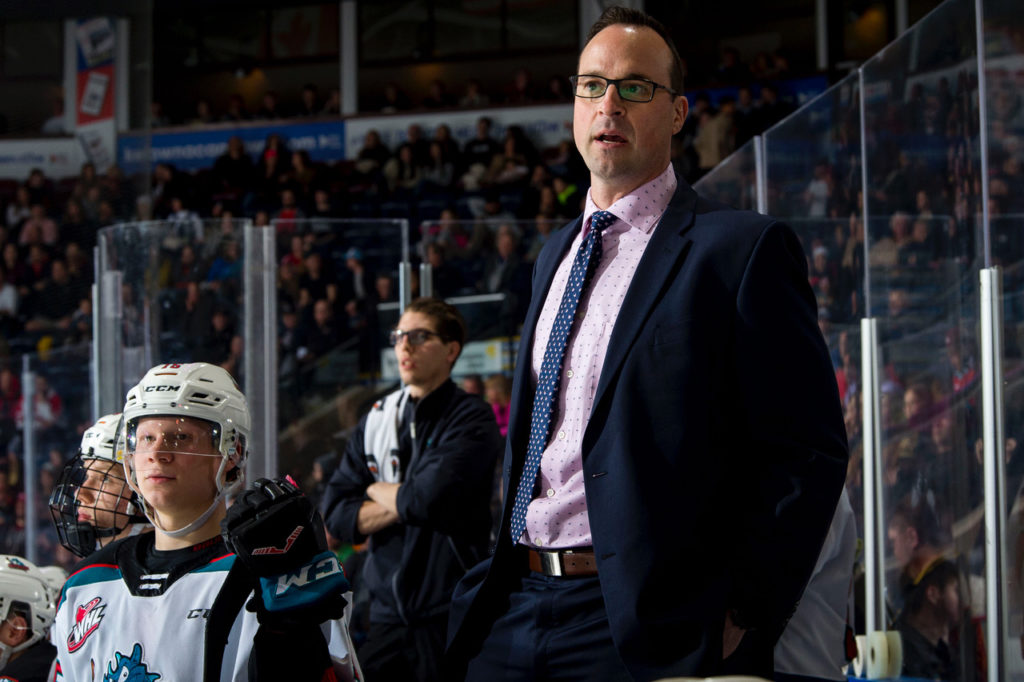 Kelowna Rockets president and general manager Bruce Hamilton announced today that Kris Mallette has been named the head coach of the Rockets.

Mallette took over as interim head coach after Adam Foote was released from his duties on Feb. 19.

“I feel that he’s most deserving of this opportunity,” said Hamilton. “The title interim has been lifted, he’s under contract for this season and next.”

The Rockets have gone 3-1-1-1 since Mallette took over behind the bench.

“It’s a huge honour,” said Mallette. “I said it when I signed here, I have a lot of respect for this organization and the Hamilton family. This is what I’ve always wanted for myself and my family, and to be able to be given that opportunity I’m very humbled.”