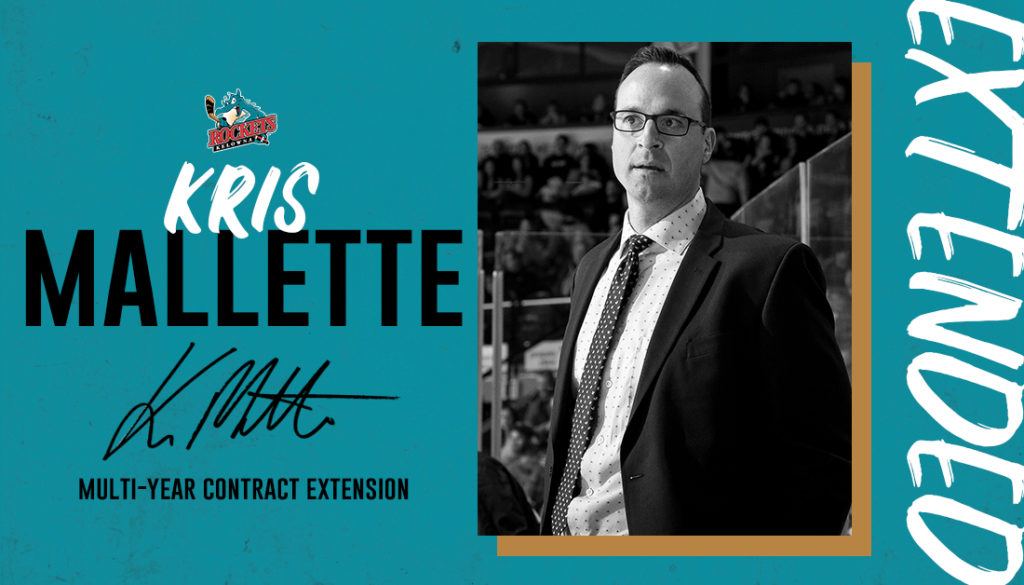 “We’re excited to sign Kris to a multi-year extension,” said Hamilton. “We’re in a place where we need a little bit of a culture change and to get back to what we were three or four years ago where Prospera was a place where teams didn’t want to play games, I feel Kris is the right person to do that. We’re at a great stage in our development for him to continue working with a younger group of players, and lead a team that we feel is going to be very competitive.”

Following a short stint as the interim head coach, Mallette was named the 11th head coach in Rockets history on March 2, 2020. He has since guided the team to a 15-7-2-1 record in 25 regular-season games.

“I’ve been fortunate to have been involved with the Kelowna Rockets organization for the past seven seasons and it’s been an absolute privilege,” said Mallette. “My family and I are grateful for the opportunity to continue calling Kelowna home for the next few seasons. I look forward to growing together with this young team and expect big things from this team. Thank you to Bruce and the Hamilton family for the opportunity to continue as the coach of the Kelowna Rockets.”

This past season, he led the Rockets to a second-place finish in the B.C. Division with a record of 10-5-1-0.