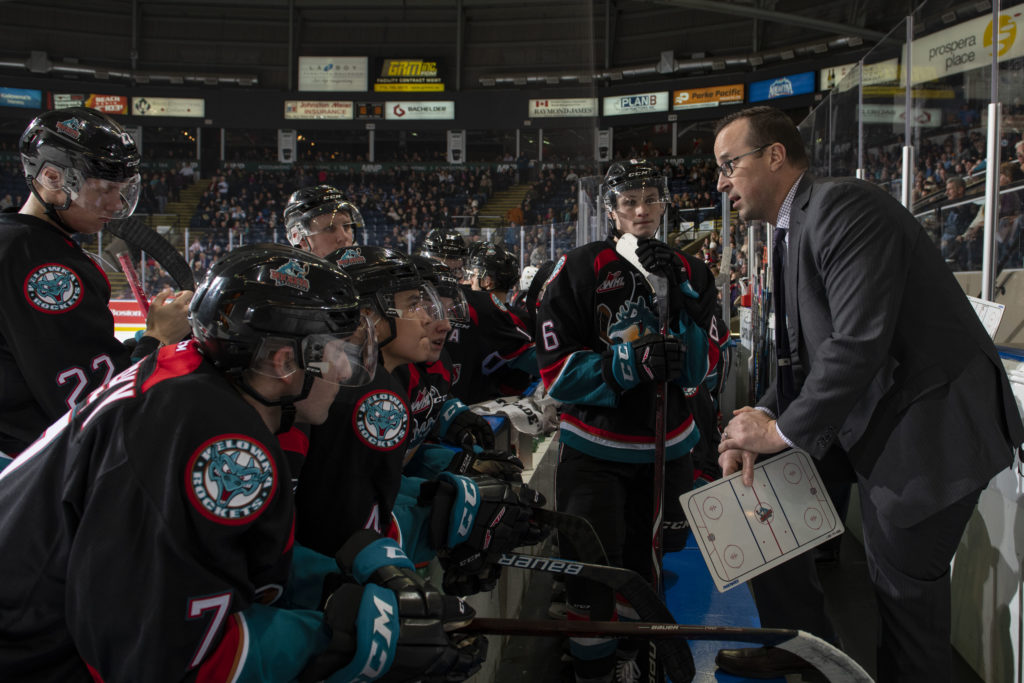 The Kelowna Rockets are pleased to announce they have signed assistant coach Kris Mallette to a two-year extension through the 2020-2021 season.

“My family and I are happy to be in Kelowna for another two years,” said Mallette. “I want to thank the Hamilton family for this opportunity to continue and coach with the Rockets during the Memorial Cup season. I’m excited to work with Adam and our staff in preparing our team, specifically our defence and penalty kill for major junior hockey’s biggest stage.”

Rockets President/GM Bruce Hamilton said that Mallette’s coaching experience is valuable heading into next season when the team hosts the 2020 Memorial Cup presented by Kia.

“He has earned this opportunity to work the team heading into this season and the Memorial Cup,” said Hamilton. “We’re thrilled to have Kris back on our bench.”