Rockets face both east and west conference leaders this weekend 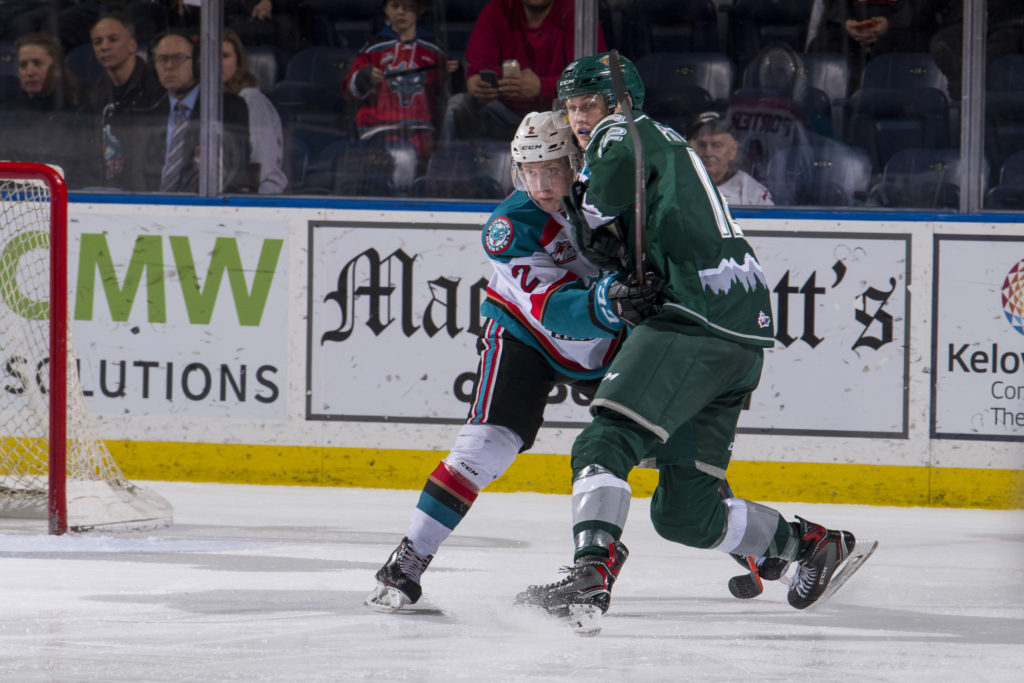 The Kelowna Rockets will face the best two best teams in the Western Hockey League this weekend. The Rockets will head down to Everett to play the Western Conference-leading Silvertips Friday night at 7:35 pm. Following that game, Kelowna will return home to host the top-ranked team in the Canadian Hockey League and Eastern Conference-leading Prince Albert Raiders at 7:05 pm on Saturday.

Kelowna last played on Wednesday night, they were defeated by the Moose Jaw Warriors 5-1 at Prospera Place. Head Coach, Adam Foote says that the preparation for these games is no different than others.

“It’s the same as always, we have to get ready by preparing for our backcheck and forecheck,” said Foote. “We don’t want to over complicate things right now, we just need one to go in and build momentum.”

The Rockets have faced the Silvertips twice this season. Everett defeated the Rockets 2-1 back on November 24, 2018, at the Angel of the Winds Arena in Everett. The Silvertips also claimed a 4-2 victory last Wednesday at Prospera Place.

The two will only see each other once more during the regular season this year; Everett will visit Prospera on February 15th.

Kelowna will enter Friday night with a record of  17-22-3-1 and 38 points, they’re currently in third place in the B.C. Division. The Rockets are five points ahead of the fifth-place Kamloops Blazers and are three points in front of the fourth-place Prince George Cougars. The Rockets trail the Victoria Royals by seven points for second place in the division. The Vancouver Giants are in the top spot with 56 points and a 27-12-2-0 record.

The Everett Silvertips sit atop the U.S. Division and East Conference standings with a 33-9-1-1 record and 68 points.

Toronto Maple Leafs goaltending prospect, Ian Scott and the Prince Albert Raiders will battle the Rockets on Saturday night. The two teams will only face each other once during the regular season this year. Last year they only played each other once as well, the Rockets downed the Raiders 7-3 at the Art Hauser Centre in Prince Albert, Saskatchewan on December 15, 2017.

The Raiders have the best record amongst the Canadian Hockey League this season, they have a record of 38-5-0-1 and 77 points.

The Kelowna Rockets will honour Josh Gorges ahead of the game Saturday night. The former Rockets captain announced his retirement from professional hockey earlier this week.

Come celebrate Josh Gorges career and watch the Rockets battle the Raiders on Saturday. Tickets are on sale at selectyourtickets.com, at the Prospera Place box office or by phone at 250-762-5050.