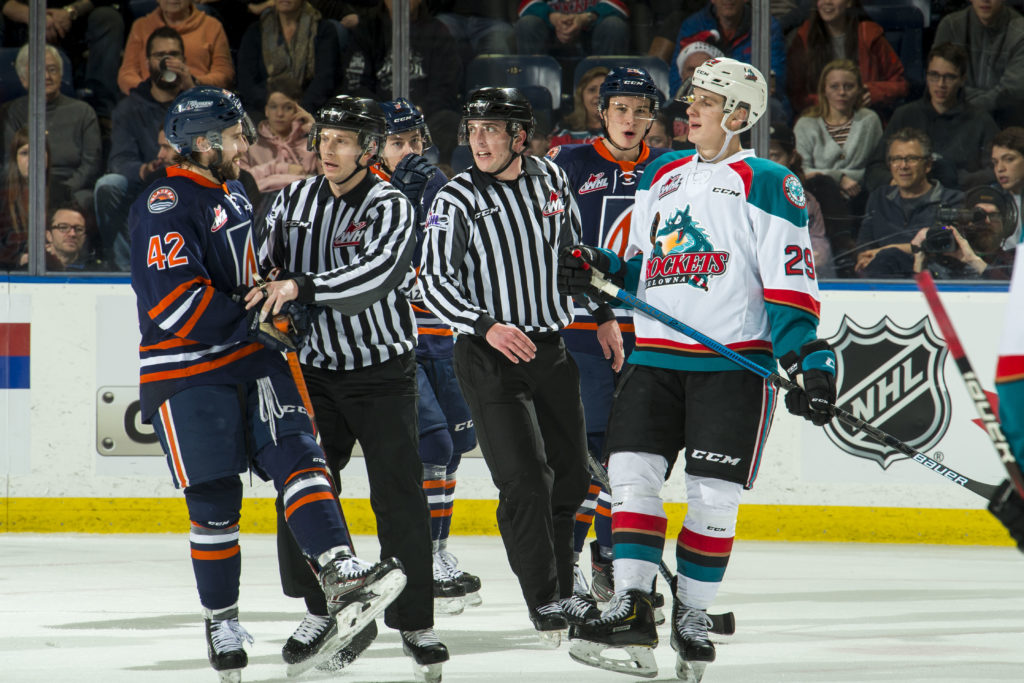 The Kelowna Rockets were defeated by the Kamloops Blazers 4-3 Saturday night at the Sandman Centre in Kamloops, BC.

Kyle Topping (15) got the Rockets on the board early. He put the rebound past Kamloops starter, Dylan Ferguson just 47 seconds into the game. The fireworks between the two teams continued in the initial minutes of the game as well, Mark Liwiski and Kobe Mohr dropped the gloves 1:13 after the opening goal. Orrin Centazzo (10) tied the game for Kamloops with 22 seconds left to play in the opening period. Kamloops and Kelowna entered the first intermission tied at one.

Take a look at @Topping11's 15th goal and 40th point of the season.
🍎 @Korczak21
🍏 @lassithomson pic.twitter.com/kUnvsHFodw

Martin Lang (7) gave the Blazers their first lead of the night when he scored on the power play 2:26 into the third period. Lassi Thomson teed up a one-timer for Nolan Foote (20) that he wired past Ferguson to tie the game up while on the man advantage at 8:55. Leif Mattson (17) restored the lead for the Rockets at 17:42 when he bounced the puck in off the netminder. Kelowna held a 3-2 lead after two periods of play.

Josh Pillar (5) tied the game midway through the third period while on the power play. Jermaine Loewen provided a screen in front of Basran that allowed Pillar to get the shot past the goaltender at 10:04. With under two minutes left in the third Centazzo was hauled down on a breakaway, the referees awarded him a penalty shot. Centazzo (11) was successful on his attempt, giving the Blazers a 4-3 lead with 1:20 remaining in the game.

The Rockets return home to host the Moose Jaw Warriors on Wednesday, January 9th for Hat Trick Wednesday. Tickets are on sale at selectyourtickets.com, at the Prospera Place box office or by phone at 250-762-5050.