Rockets fall to Blazers in overtime 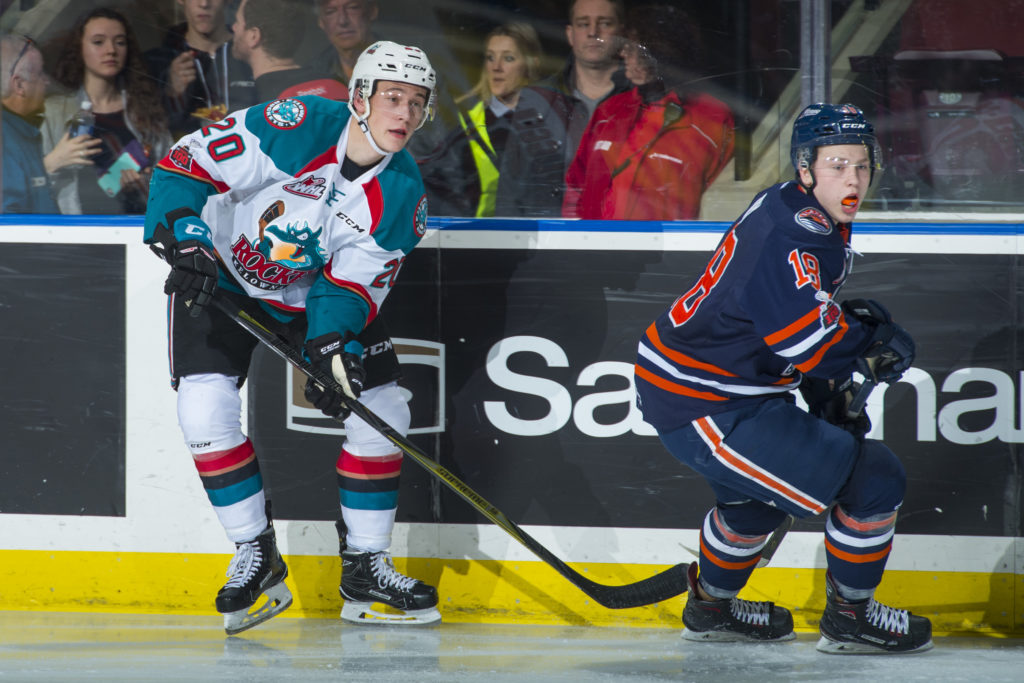 The Kelowna Rockets were defeated by Kamloops Blazers 3-2 in overtime Friday night at the Sandman Centre in Kamloops, BC.

The two teams shook off the holiday break rust in the opening frame. They exchanged chances, but neither team could get the puck past the opposing goaltender. The Rockets and Blazers entered the first intermission in a scoreless tie.

Just when it looked like the second frame would end the same as the first, Lane Zablocki (4) got the Rockets on the board with 1:10 remaining in the period. Zablocki fired a shot that pinballed through the crowd and trickled between the legs of Blazers starter, Dylan Ferguson. Kelowna held a 1-0 lead through 40 minutes of play.

While down a man, the Blazers skated up the ice on a two on one opportunity; Brodi Stuart (10) put the puck past Rockets starter, James Porter to tie up the game 7:23 into the third. On the power play, Kaedan Korczak (3) teed up a bomb that put the Rockets up 2-1 at 15:26. The Blazers pulled their goalie while on the man advantage, Zane Franklin (18) tied the game up with 1:06 left to force overtime.

The teams went back and forth for just over four minutes to make for a thrilling three on three sudden death overtime. Franklin (19) scored his second of the night with 42 seconds left to give the Blazers the victory.

Kelowna won’t have to wait long to face Kamloops again, they’ll host them tomorrow night at Prospera Place. Tickets are on sale at selectyourtickets.com, at the Prospera Place box office or by phone at 250-762-5050.