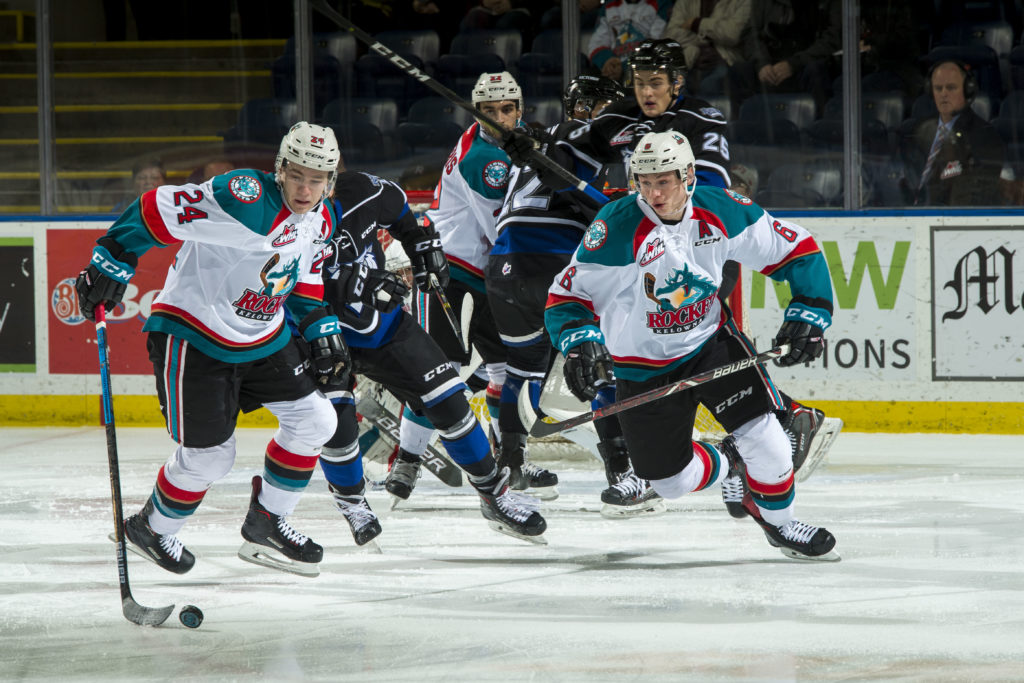 The Kelowna Rockets two-game win streak was snapped Friday night when the Victoria Royals defeated them 4-3 at Prospera Place.

Victoria’s Scott Walford (6) opened the scoring 3:39 into the game. Tanner Sidaway (5) extended the Royals lead to 2-0 ten seconds later when he beat Rockets stater, James Porter.  Nolan Foote (23) cut the lead in half when he got a rebound past Royals netminder, Griffen Outhouse. The Royals held a 2-1 lead after the opening frame.

Igor Martynov (6) re-established the Royals two-goal lead when he scored a power-play marker 4:15 into the second. Victoria lead the Rockets 3-1 after 40 minutes of play.

Basran stopped all four shots he faced in relief of Porter. Porter turned aside 13 of the 17 shots fired on him, his record moves to 6-10-2-1. Kelowna outshot the Royals 27-21.

The Rockets are back in action tomorrow night. They’ll host the B.C. Division-leading Vancouver Giants and top prospect Bowen Byram; puck drop is set for 7:05 pm.  Tickets are on sale at selectyourtickets.com, at the Prospera Place box office or by phone at 250-762-5050.