Rockets fall to the Cougars on the road 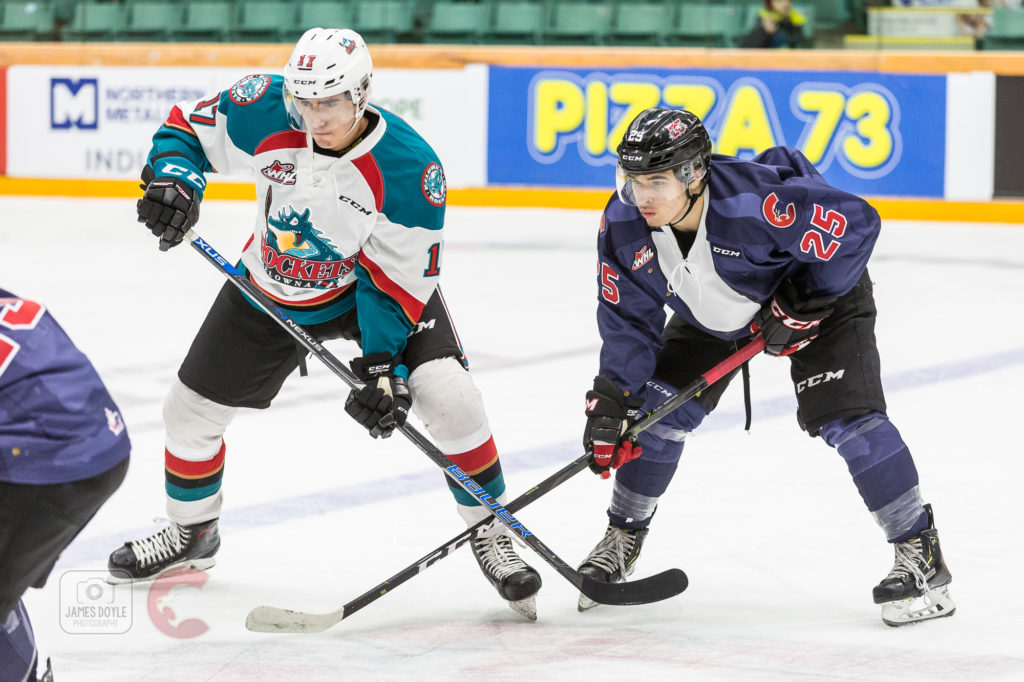 The Kelowna Rockets were shutout 4-0 by the Prince Goerge Cougars Saturday night at the CN Centre in Prince Geroge, BC.

Cougar, Josh Maser (16) opened the scoring when he fired a wrist shot past Rockets starter, James Porter 7:57 into the opening period. The Cougars held a 1-0 lead after one period of play.

Prince George took a 2-0 lead when the puck went off a Rocket and into the net, Josh Curtis (7) was credited with the goal. The Rockets made a goaltending change 3:22 into the period, replacing Porter with Roman Basran.

Kelowna now returns home to host Vancouver Canucks prospect Jett Woo and the Moose Jaw Warriors on Wednesday, January 16th for Hat Trick Wednesday. Enjoy the game with a hot dog and pop for only $19.99; your ticket must be purchased before 2:00 pm on game day. Tickets are on sale at selectyourtickets.com, at the Prospera Place box office or by phone at 250-762-5050.

Mini Packs are now available in 6 and 12 game options. Fill out this forum, and one of our ticket representatives will be in contact with you.