Rockets finish 2018 with a win 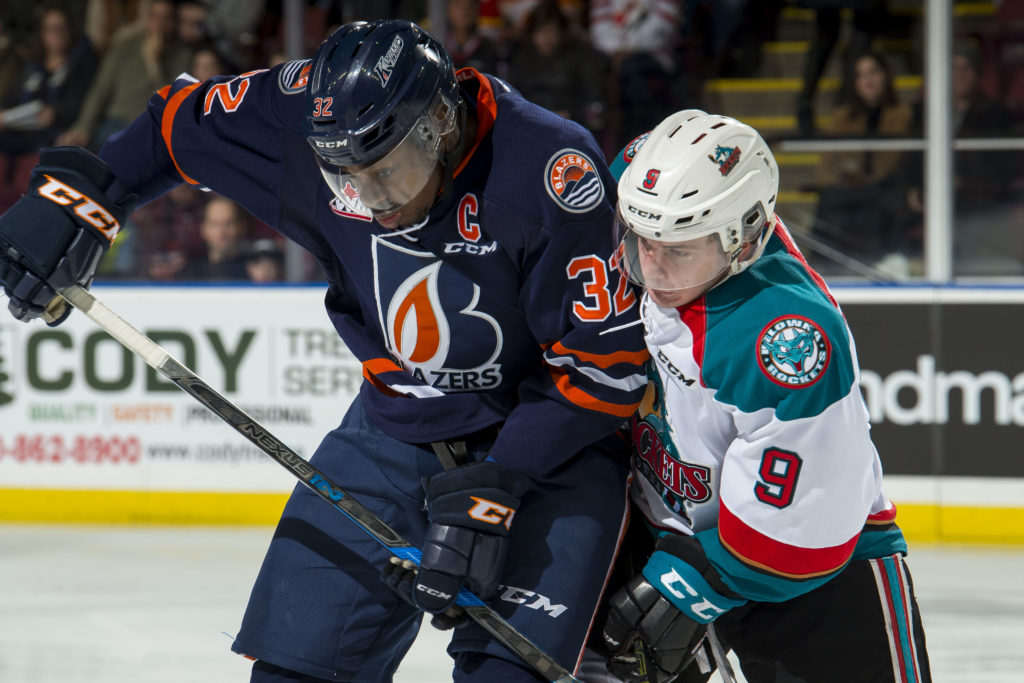 The Kelowna Rockets faced off against the Kamloops Blazers for the second time in as many nights. The Rockets were able to split the home and home series by collecting a 2-1 victory over the Blazers at Prospera Place Saturday night.

The two teams went back and forth, but both were held scoreless in the first period.

Luke Zazula (3) got the Blazers on the board first when he squeaked the puck between Rockets starter, Roman Basran’s pad and the post 12:19 into the middle frame. With 28.3 seconds left on the clock, Nolan Foote (19)  tied the game getting the puck past Blazers netminder, Dylan Ferguson.

Kyle Topping (14) scored the game-winning marker 10:08 into the third period.

Kelowna has the week off, they’ll hit the ice again when they host the Prince George Cougars on Friday, January 4th at 7 pm. Tickets are on sale at selectyourtickets.com, at the Prospera Place box office or by phone at 250-762-5050.