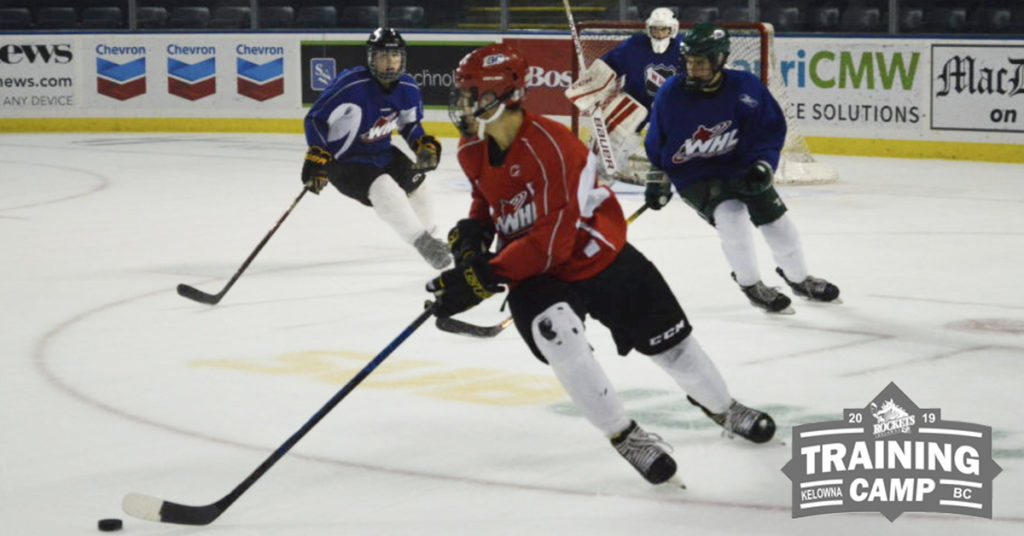 The Kelowna Rockets will have a look at the next generation starting Monday, August 19 when the 2019 Rockets Rookie Camp opens at Prospera Place.

One hundred and sixty players (number subject to change) are expected to attend camp, they’ll put their talents on display in hopes of earning a spot in the Main Camp. It’s one of the largest rookie camps that the Rockets have had in recent years, Assitant GM/Director of Player Personnel Lorne Frey says that while the number is high a lot of talented players will be attending.

“It’s our biggest camp in about six years,” said Frey. “Normally we only have 90 to 100 kids at this camp, but we’re very excited to have a lot of good young players coming.”

The Rockets brass will also have their first look at the 2019 Bantam Draft class:

Main camp will open later that Friday afternoon with registration, on-ice sessions will start the following day with the camp concluding on Thursday, August 29.

The Rockets will open their preseason against the Victoria Royals at Prospera Place on Friday, August 30 at 7:05pm. Tickets are now available on Select Your Tickets for all pre-season dates.