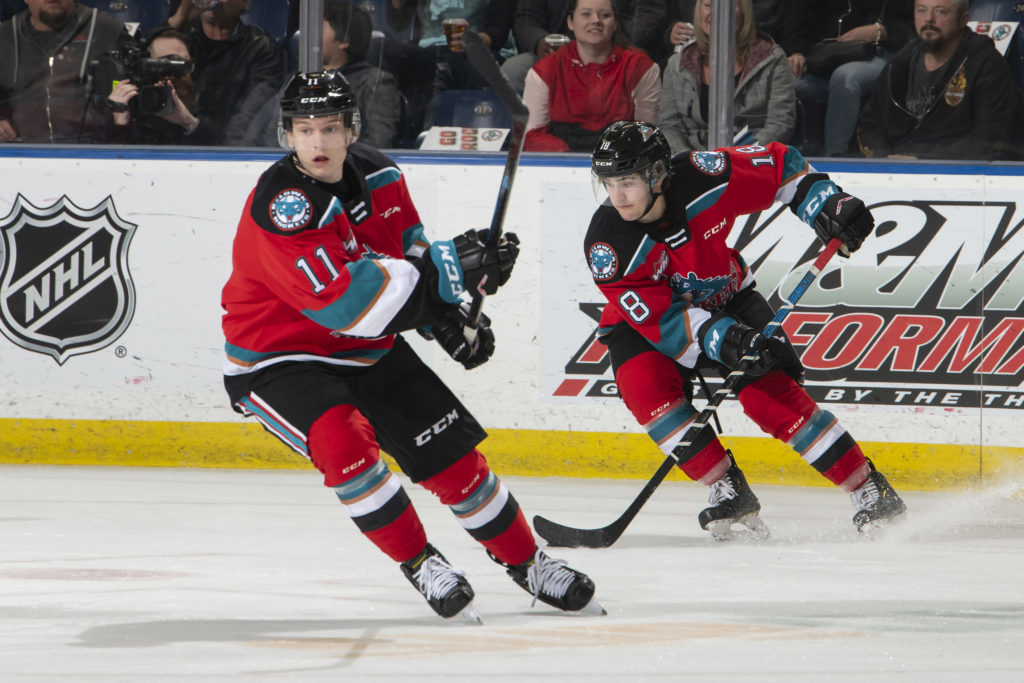 The Kelowna Rockets will be looking to get back into the win column on Wednesday when they host the Tri-City Americans for the first Hat-Trick Wednesday of the season at Prospera Place.

The Rockets are coming off of a three-game weekend that saw them go 1-1-1-0. Kelowna clawed back to force overtime on Friday in Kamloops but fell to the Blazers 3-2, then downed the Everett Silvertips 5-1 Saturday at Prospera Place before wrapping up the weekend with a 4-0 loss to the Vancouver Giants on the road.

“Three games in threes nights is never easy,” said Korczak. “To start off our season like that is something we’ll take and learn from. Tomorrow night we need to worry about ourselves. If we just stick to the way we play, we’ll beat anyone in this league.”

Kelowna currently sits in second place in the B.C. Division with a record of 2-1-1-0 and five points. They’re a point behind the division-leading Giants and a point ahead of the Kamloops Blazers and Victoria Royals who are tied for third place. The Prince George Cougars are last in the division with a single point.

The Americans spoiled the Spokane Chiefs home opener on Saturday, shutting them out 3-0, despite being outshot 38-23 by the Chiefs.

Tri-City is tied with the Portland Winterhawks for first place in the U.S. Division with six points; the Americans have a record of 3-1-0-0 record. They’re three points ahead of the second-place Spokane Chiefs and four points in front of the Silvertips and Seattle Thunderbirds.

Purchase the Hat-Trick Wednesday deal from Select Your Tickets before 2:00pm on gameday, and you’ll get a pop, a hotdog and your ticket for $19.99 plus fees. Tickets are on sale at selectyourtickets.com, at the Prospera Place box office or by phone at 250-762-5050