The Kelowna Rockets defeated the Prince George Cougars 5-2 on Thursday night at Prospera Place in Kelowna, scoring five straight goals to win its 50th game of the WHL season.

Damon Severson and Zach Franko each had a goal and an assist to lead the Rockets while Colton Sissons, JT Barnett and Henrik Nyberg also scored for the Rockets, who improved to 50-16-3-1 on the season.

“I don’t think any coach sets a goal of winning 50 games in a season,” said Rockets’ head coach Ryan Huska on the AM1150 post game show. “But 50 is a great number and our players should be very proud.”

The Cougars jumped out to a 2-0 lead on the Rockets in the first period Thursday on goals by Zach Pochiro and Colin Jacobs. Kelowna took over the game in the second period, scoring three times and adding two more in the third.

The Rockets will close out the WHL regular season with a home and home series with Vancouver, meeting the Giants Friday night in Vancouver before the two teams wrap up the season on Saturday night at Prospera Place.

Tickets are available for the game as well as for the WHL playoffs, which will open in Kelowna March 22 and 23. 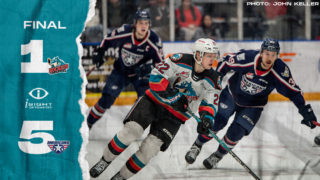 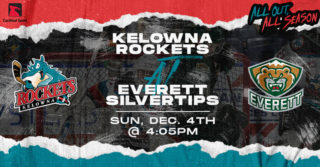 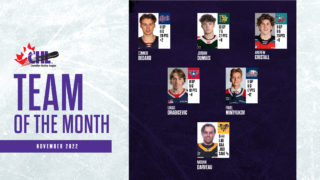