Rockets head north for back to back games against Cougars 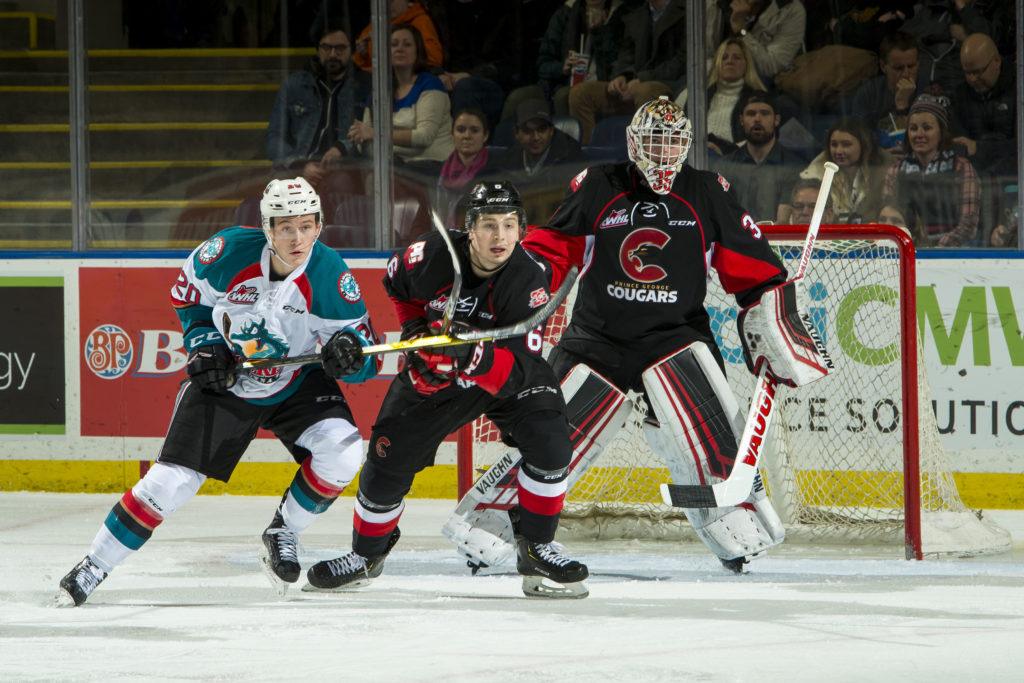 The Kelowna Rockets are looking to get back into the win column this weekend when they play back to back games against their divisional rival, the Prince George Cougars. The Rockets will hit Friday night for game one and then do it again the next night, puck drop is at 7:00 pm both nights.

Kelowna is coming off a 4-2 loss to the conference-leading Everett Silvertips on Wednesday night at Prospera. Rockets defenceman Dalton Gally says there are a few things that the Rockets need to do to win the game.

“There are a few things we need to do to be effective,” said Gally. “We have to play as a five-man unit in all three parts of the ice, we have to get pucks deep, we have to work high to low and get shots to the net. We need to get in front of the goalie and take away his eyes.”

This weekend’s games will be the seventh and eighth of nine meetings between the two teams this season. The Cougars were in Kelowna on September 28th where they claimed a 4-2 victory over the Rockets. Two days later Kelowna travelled to Prince George for back to back games on September 28th and 29th. The Cougars won the first game 3-2, while Kelowna responded the next night with a 5-2 win where Leif Mattson (2G, 1A), Kyle Topping (1G, 2A) and Nolan Foote (1G, 2A) all had three-point nights.

The last three games between the two have needed extra time to determine a winner. The Rockets won 4-3 in overtime off the stick of Nolan Foote on October 27th at Prospera Place. Prince George claimed a 4-3 win in overtime back on November 14th at the CN Centre. Last weekend the Rockets fell to the Cougars 2-1 in a shootout at Prospera Place.

The two teams will wrap up the regular season series at Prospera Place on February 8th.

Kelowna currently sits in third place in the B.C. with a 17-19-3-1 record and 38 points. They’re seven points ahead of the fifth-place Prince George Cougars who have a 14-22-1-2 record and five points ahead of the Kamloops Blazers who sit in fourth place. The Rockets trail the Victoria Royals by five points for second place, while the Vancouver Giants sit in first place with 50 points and a 24-12-2-0 record.

Following the game Saturday night the Rockets will return home to host the Moose Jaw Warriors on Wednesday, January 16th for Hat Trick Wednesday. Tickets are on sale at selectyourtickets.com, at the Prospera Place box office or by phone at 250-762-5050.