Rockets head to the coast 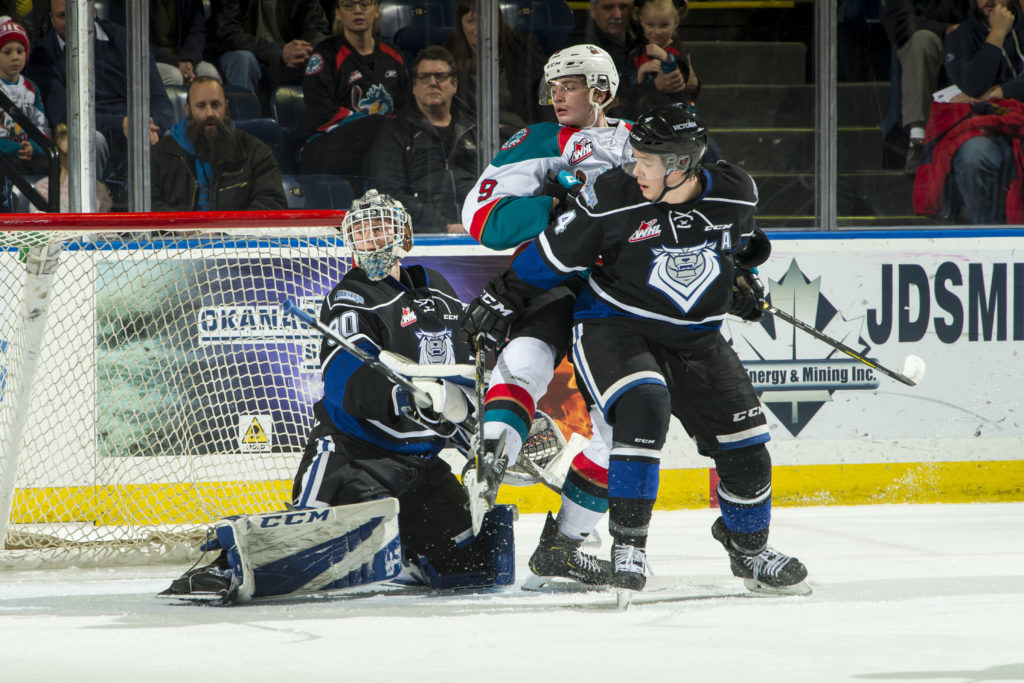 The Kelowna Rockets departed earlier this morning for Victoria, the team will take on the Royals Monday and Tuesday at Save-On-Foods Memorial Arena in Victoria, B.C.

Kelowna was defeated 2-0 by the B.C. Division-leading Vancouver Giants Saturday night at Prospera Place. Following the loss, Head Coach Adam Foote commented on the Rockets upcoming games against the Royals.

“A couple big games, we’re going to be shorthanded again,” said Foote. “We’re going to have to play smart and try to stay out of the box. We just have to get ready for a good opponent.”

Tuesday night is the final time that the Royals and Rockets face each other during the regular season this year. The Rockets hold the edge in the season series thus far.

The two previously met on October 5th in Kelowna where Victoria skated away with a 4-3 victory. The Rockets travelled to the British Columbia’s capital for back to back games on October 19th and 20th where Kelowna exploded with offence, winning the first game 8-2 and the second 5-1.

The Rockets have a 23-28-4-1 record which gives them 51 points and places them in third place in the B.C. Division. They’re 12 points ahead of the fifth-placed Prince George Cougars and four points in front of the fourth-placed Kamloops Blazers; the Blazers have two games in hand on Kelowna. The Royals are ten points ahead of the Rockets, they have a 29-23-1-2 record. The Vancouver Giants are the top placed team in the division with a 39-13-2-1 record and 81 points.

After the game Tuesday, Kelowna will then face the Spokane Chiefs on Friday night in Spokane. The Rockets return to home next Saturday to host the Kamloops Blazers on Saturday, February 23rd. Tickets are on sale at selectyourtickets.com, at the Prospera Place box office or by phone at 250-762-5050.