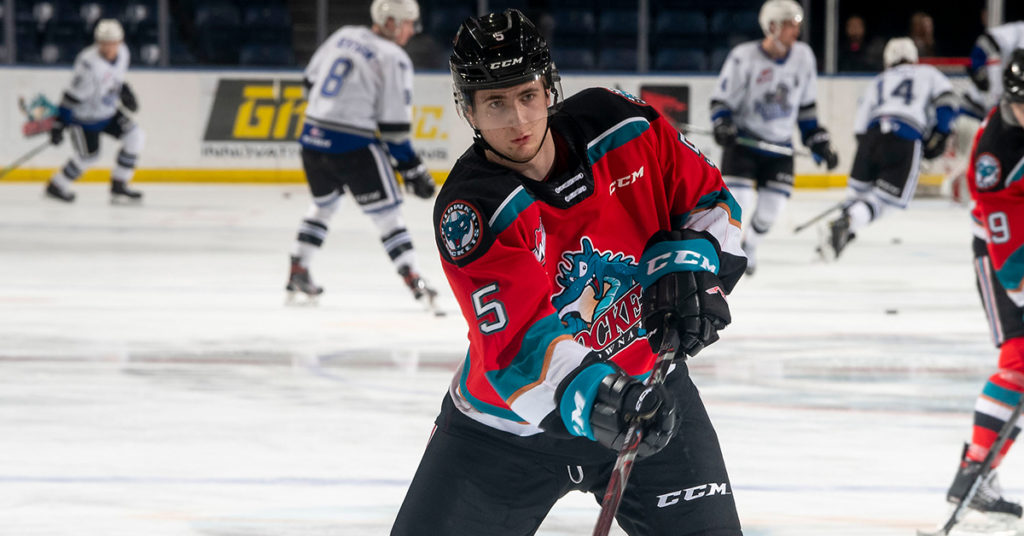 The Kelowna Rockets have loaned defenceman Jarod Newell to the Camrose Kodiaks of the Alberta Junior Hockey League (AJHL) through December 20, 2020.

The Wainwright, AB product was drafted by Tri-City during the fourth round (No. 82) at the 2017 WHL Bantam Draft.

WHL roster players who have been granted temporary transfers will be permitted to play at the Junior A, Junior B, or Under-18 level through mid-December with WHL Training Camps beginning following the Christmas break.