Rockets look to bounce back this weekend 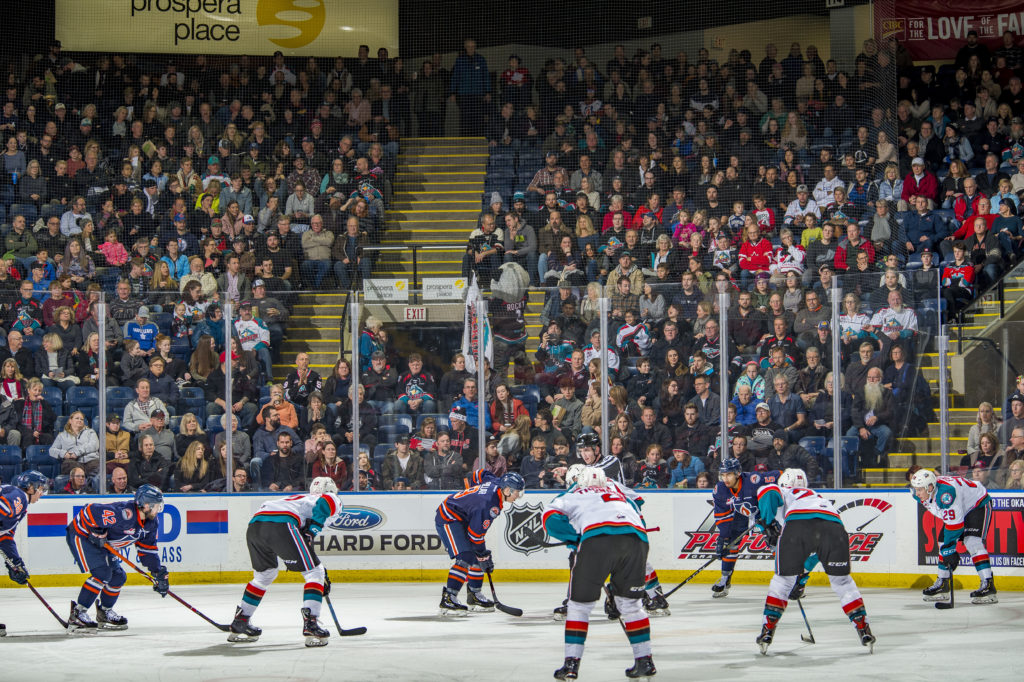 The Kelowna Rockets are looking to get back into the win column this weekend when they face the Spokane Chiefs on the road Friday night, they’ll then return home to host the Kamloops Blazers Saturday.

The Rockets were downed by the Seattle Thunderbirds 3-2 in overtime Wednesday night at Prospera Place. Forward Mark Liwiski says that team needs to move on from the loss.

“Every game from now until playoffs is going to be big,” said Liwiski. “We just have to come in with the right mindset and take Spokane on then focus back on Kamloops. We need to forget about last night and move forward.”

The Rockets will face the Chiefs for the first time this season tomorrow night. They split the season series 2-2 last season.

Following Friday nights contest they’ll meet another three times this season. Kelowna will host Spokane this upcoming Wednesday on February 6th for Hat Trick Wednesday. The Rockets will travel to Washington on February 22nd to battle the Chiefs at Spokane Veterans Memorial Arena. The two will wrap up the season series on March 18th at Prospera Place.

The Chiefs current sit third in the U.S. Division with 55 points and a 25-17-2-3 record. They’re 11 points ahead of the fourth place Seattle Thunderbirds and are two points in front of the fourth-place Tri-City Americans. Spokane is ten points back of the Portland Winterhawks for second place and are 17 points behind the Everett Silvertips who sit in first.

Kelowna will then return home to face the Kamloops Blazers Saturday night at Prospera Place. Kamloops is also in action Friday night, they host the Prince George Cougars before heading to Kelowna.

The Rockets and Blazers will see each other another four times after Saturday.

The Rockets are currently in third place in the B.C. Division, they have a record of 20-24-4-1 which gives them 45 points. They’re eight points in front of the fifth place Prince George Cougars and are three points ahead of the Blazers, who sit in fourth place. Kelowna is five points back of the Victoria Royals for second place, while the Vancouver Giants sit atop the division with 67 points.

Come cheer on the Rockets as they take on their biggest rival, the Kamloops Blazers! Tickets are on sale at selectyourtickets.com, at the Prospera Place box office or by phone at 250-762-5050.