Rockets look to take off this weekend 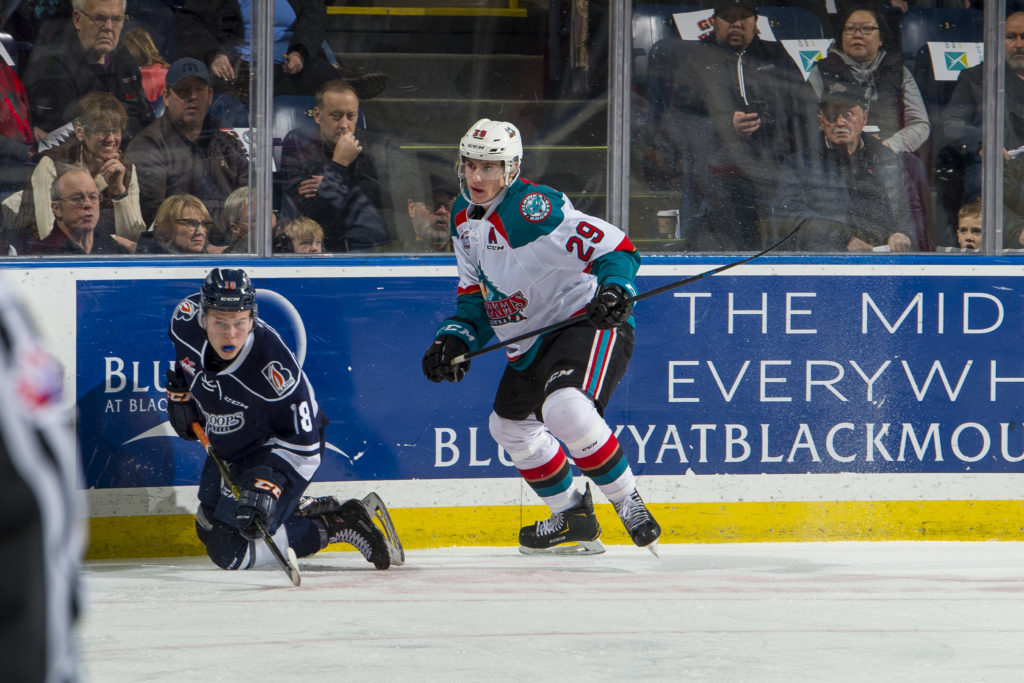 The Kelowna Rockets are looking to launch back into the win column this weekend when they face the Spokane Chiefs and Kamloops Blazers.

The Rockets split back to back games against the Royals earlier this week. They downed the Royals 5-2 on Monday at the Save-On-Foods Memorial Centre and then dropped a 6-2 loss to Victoria the next night.

The Rockets open their weekend against the Spokane Chiefs at 7:05 pm Friday night at the Spokane Veterans Memorial Arena.

Kelowna has already faced Spokane twice this season, the Chiefs hold the edge in the four-game season series.

Following the game, on Friday night the two will meet once more this season. The Chiefs will head to Kelowna for the final Hat Trick Wednesday of the season on March 13th. Tickets for Hat Trick Wednesday purchased before 2 pm on game day utilizing the deal can enjoy the game with a hot dog and pop for only $19.99.

After the game Friday night, the Rockets will return home to host the Kamloops Blazers Saturday night at 7:05 pm.

Kelowna and Kamloops have squared off seven times this season already, the Blazers are up 4-3 in the season series.

The two will finish off the season series with another home-and-home series starting in Kamloops on Friday, March 8th before heading back to Kelowna the next night.

Cheer on the Rockets as they take on their biggest rival this Saturday at 7:05pm! Tickets are on sale at selectyourtickets.com, at the Prospera Place box office or by phone at 250-762-5050.