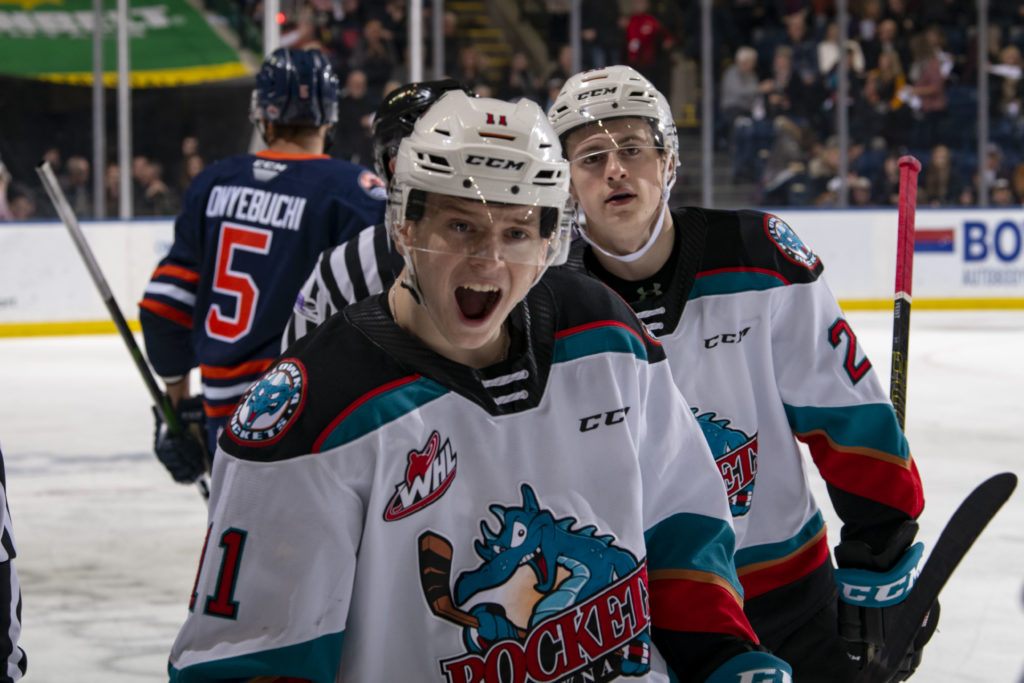 Kelowna Rockets rookie import forward Pavel Novak has been listed by NHL Central Scouting in its midterm rankings in advance of the 2020 NHL Draft. The 2020 Draft will be held at Bell Centre in Montreal on June 26-27.

The Tabor, Czech Republic product is listed  No. 89 on the ranking of the top North American skaters eligible for the draft, a projection of being a third-round pick.

The midterm rankings consist of the top North American and International skaters and goaltenders. Players are listed by where they’re playing, not by residence.

Novak, 17, has appeared in 33 games with Kelowna this season, posting 16 goals and 31 points to go along with 23 penalty minutes.

He’s ranked first on the Rockets for goals (16) and is third in team scoring. Despite missing eight games, the winger is sixth in WHL rookie scoring.

The Rockets selected him 13th overall during the CHL Import Draft in June.

Ticket packages for the 2020 Memorial Cup presented by Kia are now on sale. Don’t be left outside of the arena in May, secure your seats today by clicking here.