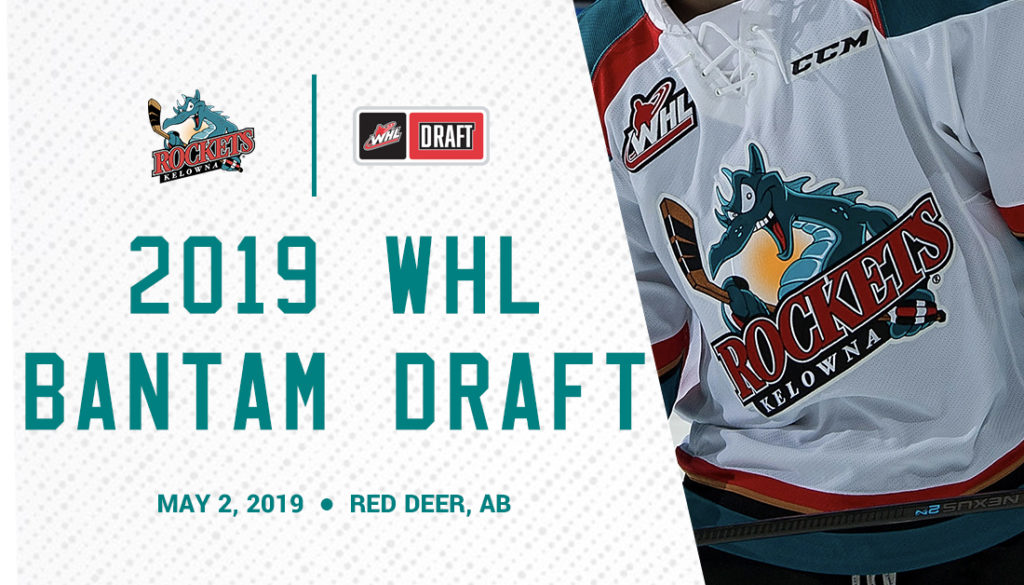 A week from today the next crop of Kelowna Rockets prospects will be added at the 2019 WHL Bantam Draft in Red Deer, Alta. on Thursday, May 2, 2019.

The Rockets retained their 5th pick in the first round at the 2019 WHL Bantam Draft lottery back on March 20, 2019. Rockets President and General Manager, Bruce Hamilton has previously hinted that the pick is in play, he says if the right offer comes along, they will move it.

“I’ve said and stated that the pick would be available if we were going to get something that met the value of it,” said Hamilton. “Now that I’ve seen the top British Columbia kids, that fifth pick is going to be a very high-end player that would certainly be on our team in two years and probably play games with us next year.”

“The value of that fifth overall pick is significantly higher than what I first thought it would be. We’ve had the second overall pick once, back in 2007, other than that we’ve picked later. The 2019 pick would give us the chance to get us a player that’s a very high talent. If we can get something in return that’s going to help our hockey club for next year with the Memorial Cup, we would certainly look at it, but it has to be something that will have an impact on our team because whoever we draft will certainly have an impact.”

Last year the Rockets held the 18th overall selection in the first round where they drafted Vancouver product, Trevor Wong.

The order of the second round and all other rounds will be the inverse order of final 2018-19 WHL Regular Season standings.

The Rockets have traditionally drafted well throughout all rounds of the draft. Scott Parker was drafted in the fifth round of the 1994 draft, Damon Severson was selected during the ninth round in 2009, Lucas Johansen was a sixth-round pick in 2012, and current Rocket, Kyle Topping was an 11th round selection in 2014.