Rockets Q & A with Simon Ferguson 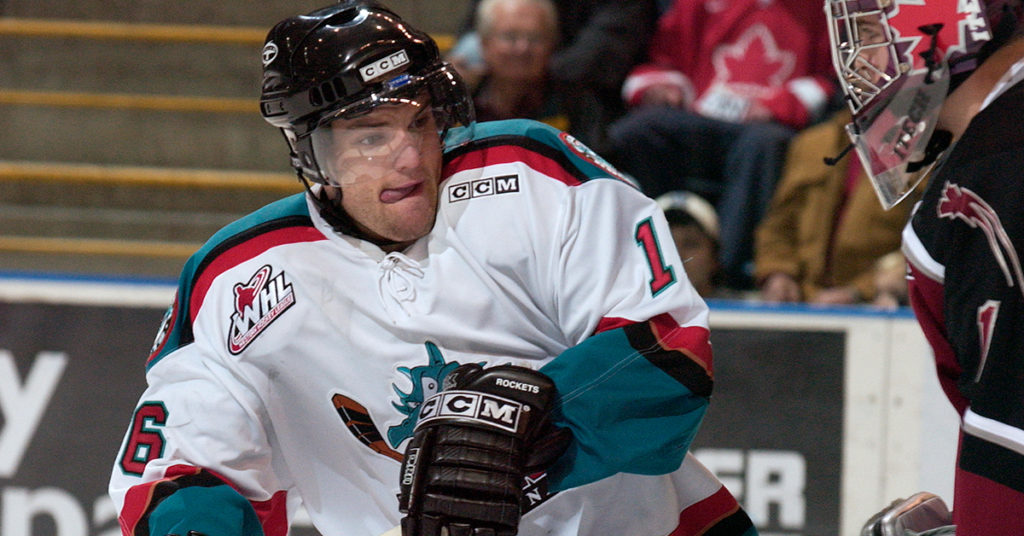 Former Rockets winger Simon Ferguson, a member of the 2004 Memorial Cup team, recently took the time to answer questions about his memories from his time as a Rocket, the 2004 season, what he went on to do and where he’s at now.

Ferguson suited up in 98 regular-season contests with the Rockets and competed in the Memorial Cup in 2003 and 2004. His 189 penalty minutes during the 03/04 season are tied for ninth in franchise history.

KR: How did you become a Rocket?

SF: I was drafted in the fifth round by the Lethbridge Hurricanes and traded to Kelowna at the deadline of the 02-03 season.

KR: What was your reaction after being traded to the Rockets?

SF: I was really excited to get out of Lethbridge at the time as I knew the Rockets were going to be hosting the Memorial Cup the following year and they had a first-place team that had a chance to go to the Memorial Cup in Quebec that season.

KR: The Rockets played in the 2003 Memorial Cup, how do you think that tournament helped the team prepare for the 2004 run?

SF: It was really important. The core of the team had left the Quebec tournament with a bitter taste, and we weren’t interested in just enjoying another experience. We were there to win.

KR: What was your most memorable moment from the 2004 season other than winning the Memorial Cup?

SF:  It was a great regular season. We won the B.C. Division Title and were regular-season champions. The only disappointment was falling short against Everett.

KR: What was your most memorable moment from the 2004 Memorial Cup tournament?

SF: On the ice, scoring the lone goal in a 1-0 game and winning a game star vs Guelph. Off the ice, seeing the town turn into a festival-like atmosphere and just how loud the fans were in Prospera Place all tournament. The energy in the city was incredible.

KR: Following the 2003-2004 season you aged out of the Rockets, where did your hockey career take you after that?

SF: I played ten seasons pro, six in the AHL and a few overseas. I managed to get in one NHL exhibition game with Anaheim and won a Calder Cup with the Hershey Bears (AHL) in 2010.

SF: Probably Portland, Maine in the AHL. I played there for three seasons with a bunch of current NHL stars, had some great teams and was coached by a great coach in Kevin Dineen.

KR: What are you up to now?

SF: I live in the mission area of Kelowna and took over as Head Coach of the West Kelowna Warriors in the BCHL at Christmas. Before that, I spent time coaching at various levels locally and in Asia. I am married to my patient wife Heather, and we have two boys Ryder (7), Dallas (5), and daughter Saylor (2).