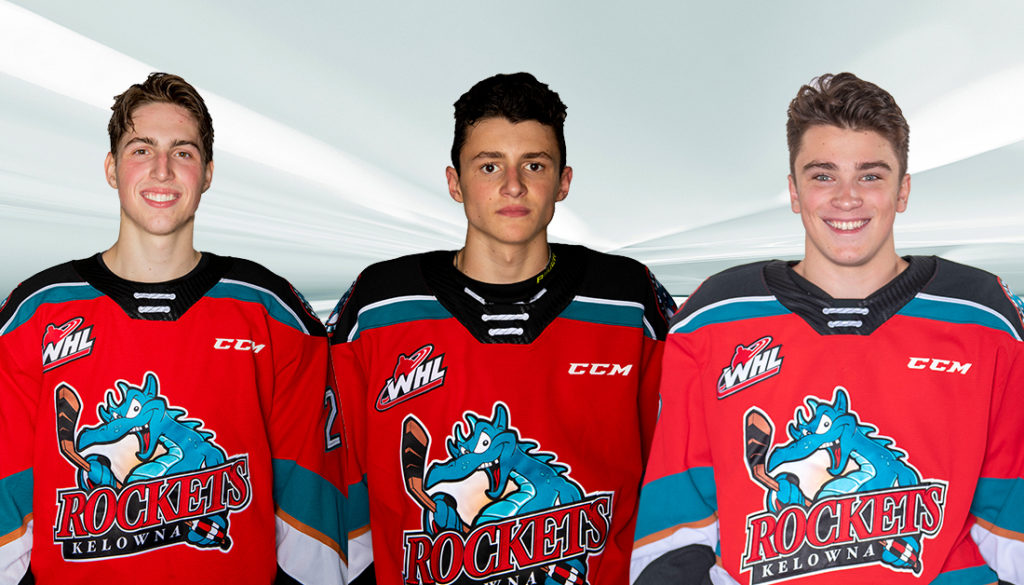 The Kelowna Rockets have reduced their roster with the re-assignment of three players today.

Forward Steel Quiring and defenceman Jackson DeSouza, both born in 2003, will join the Okanagan Rockets of the BC Major Midget League. Seventeen-year-old Cole Carrier has been re-assigned to the Whitecourt Wolverines of the AJHL.

The Rockets drafted Quiring in the fifth round during the 2018 WHL Bantam Draft. He appeared in all six preseason games with the Rockets, collecting one assist and nine penalty minutes.

DeSouza was selected during fourth round during at 2018 WHL Bantam Draft. In six preseason games with the Rockets, he had one assist and four penalty minutes.

Kelowna selected Carrier during the fourth round of the 2017 WHL Bantam Draft. He also suited up for all six preseason contests, notching an assist and four penalty minutes.

With the move, the Rockets roster sits at 26 players, 15 forwards, eight defencemen and three goalies. View the roster here.

Kelowna will wear pink jerseys that feature a special ten-year shoulder patch that will be up for auction with the money raised going to the CIBC Run for the Cure. Pink glow wristbands will be handed out to fans in attendance, they’re also encouraged to wear pink to the game. Prizes will be up for grabs for people sporting pink. Tickets are on sale at selectyourtickets.com, at the Prospera Place box office or by phone at 250-762-5050.