Rockets ready to roll this weekend 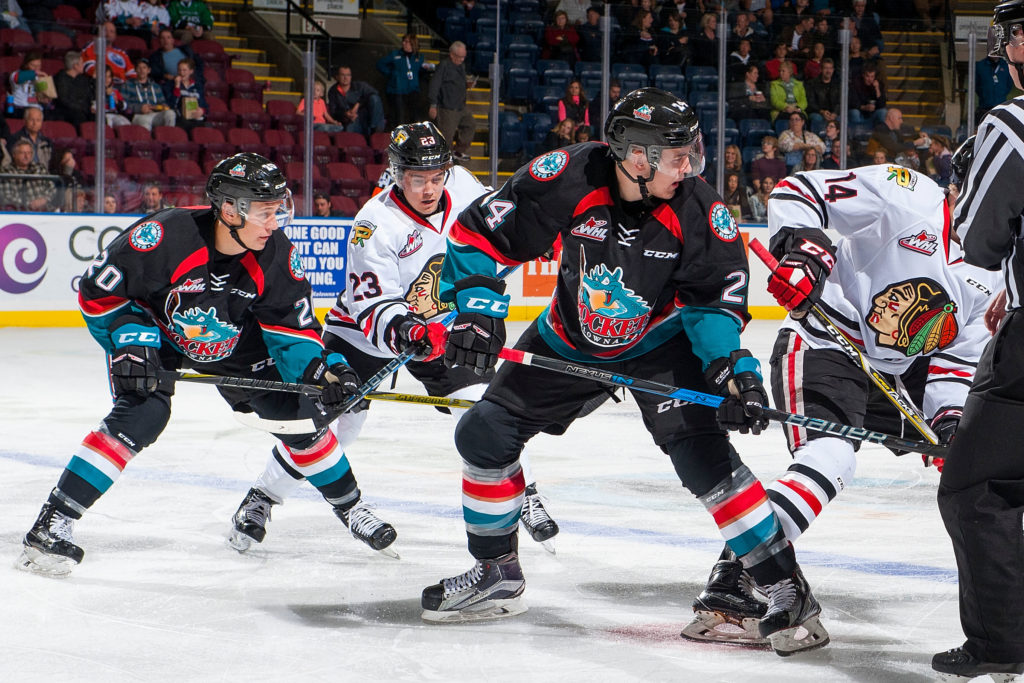 The Kelowna Rockets are in store for a busy weekend as they play three games in as many days. The Rockets will face the Vancouver Giants Friday night before returning home to face the Portland Winterhawks Saturday and Sunday.

Kelowna picked up two wins last weekend as they downed the Spokane Chiefs 4-3 in a shootout Friday night and shutout the Kamloops Blazers 2-0 Saturday night at home. Goaltender James Porter says that the Rockets have to be ready to go out of the gate.

“Being off this week we need to come ready and prepared for when it comes to game time in Vancouver,” said Porter. “It’s going to be a big game, with two very important points on the line.  Right after that, we come home and we need to be ready for Portland. We’re excited to get going after having the week off.”

The Rockets will face the Giants Friday night at the Langley Events Centre, puck drop is 7:30 pm.

Kelowna has already played the Vancouver six times this season, the Giants hold the edge in the season series.

Vancouver and Kelowna met twice during October. The Giants downed the Rockets on both occasions; 5-0 at Prospera Place on October 3rd, and 3-1 October 21st at the Langley Events Centre. The next two games were closer, Vancouver defeated the Rockets 2-1 on November 28th and January 26th. The Rockets claimed their first victory in the series on January 27th at the Langley Events Centre where Leif Mattson scored the shootout-winning goal. They last played on February 6th where the Giants downed the Rockets 2-0.

They’ll then wrap up their regular season schedules with a home and home series against each other starting March 15th at the Langley Events Centre, they’ll then return to Kelowna for the final game the next night.

The Rockets have a record of 26-29-4-1 which gives them 57 points and places them in the third spot in the B.C. Division. They’re 15 points ahead of the fifth-place Prince George Cougars and are 5 points in front of the fourth-place Kamloops Blazers. The second-place Victoria Royals are nine points up on Kelowna, while the Vancouver Giants sit atop the B.C. Division standings with 86 points. The Giants have clinched a playoff spot and the division with their 41-14-2-2 record.

The Portland Winterhawks will host the Spokane Chiefs Friday night before heading to Kelowna. They’ll play the Rockets at 7:05 pm on Saturday and 5:05 pm Sunday.

Sunday will be the final time that the Rockets face the Winterhawks during the regular season this year. Portland is up in the season series.

The two played back to back games at the Veterans Memorial Coliseum in November. Portland blanked the Rockets 3-0 November 10th and then defeated them 4-2 the next night.

The Winterhawks currently sit in second place in the U.S. Division with a 37-17-3-3 record and 80 points. They trail the first place Everett Silvertips by 8 points.

There are tickets still available for both home games this weekend. Come cheer on the Rockets as they battle Portland Winterhawks and the WHL’s leading scorer, Joachim Blichfeld. Tickets are on sale at selectyourtickets.com, at the Prospera Place box office or by phone at 250-762-5050.