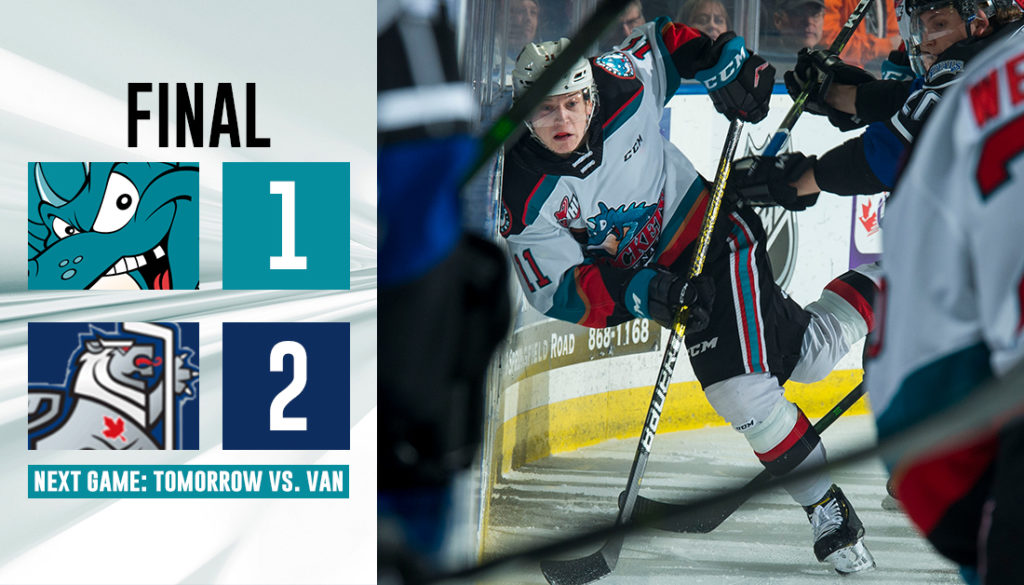 The Kelowna Rockets fell to the Victoria Royals 2-1 Friday night at Prospera Place.

Kaid Oliver lead the way for the Royals, while goaltender Shane Farkas stood tall stopping 32 of the 33 shots the Rockets fired on him.

Defenceman Kaedan Korczak (7) responded for the Rockets in the second period, firing a shot through the crowd that found the back of the Royals net.

While on the power play Gary Haden fired the puck towards the Rockets net, it appeared that it was going to coast wide, but Oliver (10) redirected the shot in with his skate with just over five minutes to go in the game. The play was review and deemed a good goal.

The Rockets were 0-for-4 on the power play, while the Royals were 1-for-3 with the man advantage.

Rockets captain Nolan Foote and Team Canada will take on former Rocket Lassi Thomson and Finland in the semifinals at the World Juniors tomorrow morning (1 p.m. ET/10 a. m. PT),

The Rockets next game is tomorrow night against the Vancouver Giants. Tickets are on sale at selectyourtickets.com, at the Prospera Place box office or by phone at 250-762-5050