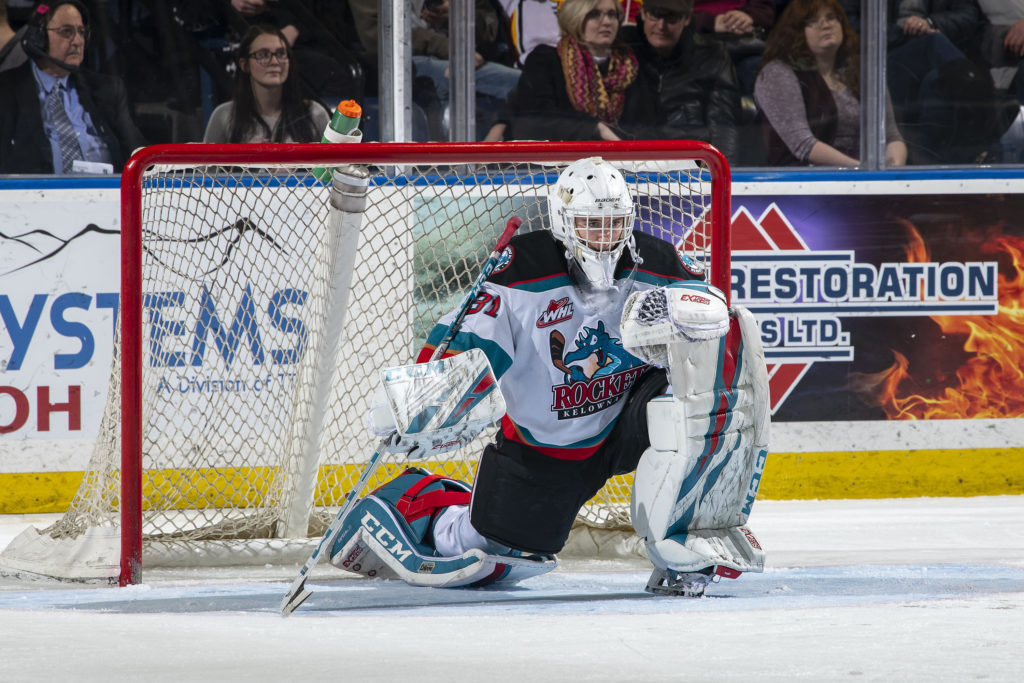 The Kelowna Rockets announced today that they have released 20-year-old netminder Cole Schwebius.

The Kelowna, BC product went unclaimed, clearing WHL waivers earlier today. He is now a free agent eligible to join other leagues.

“This was a very tough decision for us to make,” said Rockets president and general manager Bruce Hamilton. “Cole is a very special person, I want to wish him all the best going forward. He’s truly one of the good guys in our game.”

Schwebius, 20, appeared in 48 regular-season games over the last four seasons split between Kelowna and the Seattle Thunderbirds, accumulating a 17-23-2-0 record, 3.67 goals-against average, .890 save percentage and two shutouts.

He was selected by the Thunderbirds in the tenth round, 216th overall, at the 2016 WHL Draft. The Rockets acquired him from the T-Birds in the spring of 2019.