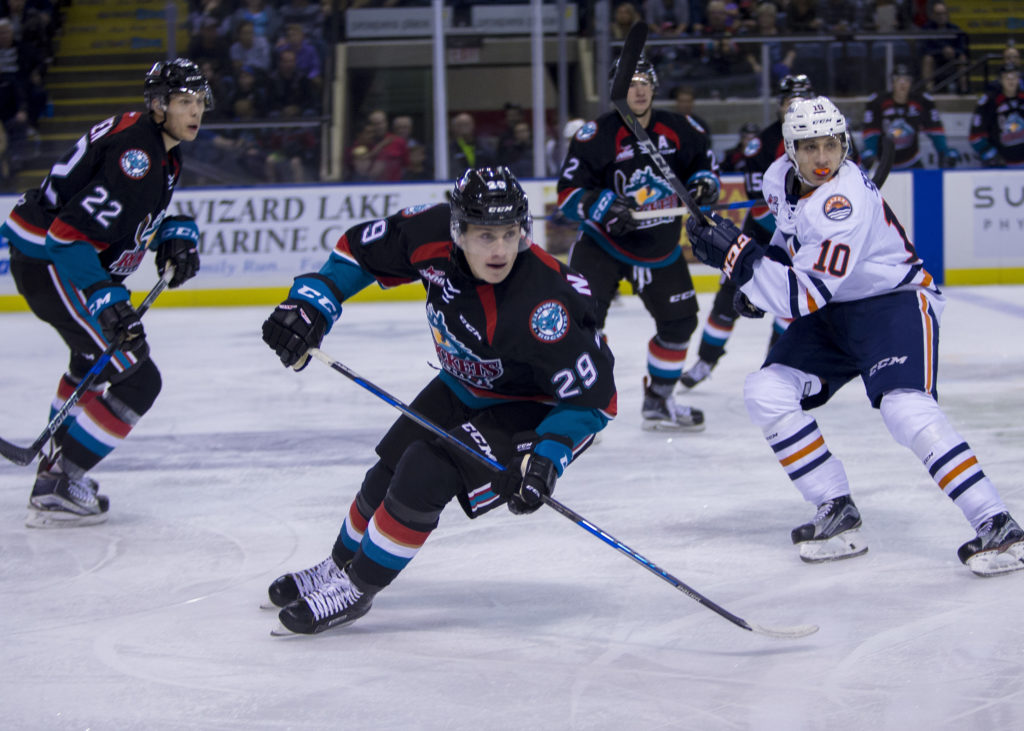 The Kelowna Rockets will return to action tomorrow on the road against their biggest rival, the Kamloops Blazers. They’ll play at the Sandman Centre in Kamloops on Friday night before returning to Kelowna on Saturday to wrap up the home-and-home series.

Newly signed Rocket, Alex Swetlikoff is expected to make his Western Hockey League debut Friday. Kelowna acquired Swetlikoff’s rights from the Lethbridge Hurricanes on December 6th, the Kelowna product inked a standard WHL Player Agreement on December 18th. Swetlikoff has practised with the team the last couple days, he says he is excited to play in his first WHL game against the Blazers.

Kelowna has only faced the Blazers twice so far this season, Kamloops has taken both of those games. They opened the regular season against each other with a home-and-home series; the Blazers were victorious on home ice with a 4-1 win over Kelowna on September 21st, the next night they defeated the Rockets 3-1 at Prospera Place.

Come cheer on the Rockets after a long break and help welcome Swetlikoff to the WHL, tickets are on sale at selectyourtickets.com, at the Prospera Place box office or by phone at 250-762-5050.